The Young and the Restless Spoilers: Chelsea’s Good Fortune, Adam And Billy’s Acts Of Kindness 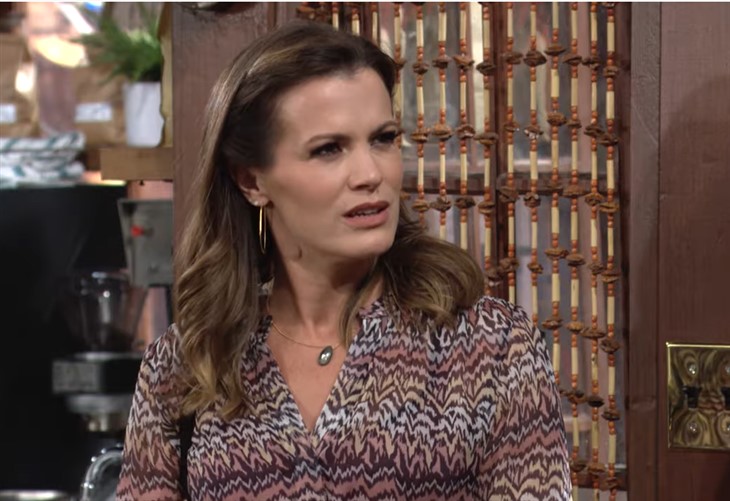 The Young and the Restless (Y&R) spoilers and updates tease Chelsea Lawson (Melissa Claire Egan) has been dealing with a devastating emotional setback. Chelsea wanted to tell her son Johnny Abbott (Paxton Mishkind) that she was his biological mother. Chelsea thought that Johnny needed to know the truth. Chelsea believed that she needed to tell her son Connor Newman (Judah Mackey) that he had a brother. Chelsea had hoped the truth would bring her family together but the truth has driven her family apart. Chelsea may need to turn to Billy Abbott (Jason Thompson) and Adam Newman (Mark Grossman) for help to get close to Johnny and Connor.

Chelsea knows that Adam is worried about her. Chelsea and Adam have a complicated past but they have been able to become close friends. Adam and Chelsea have been able to successfully find a way to co-parent Connor. Adam knows that Chelsea loves Connor. Adam had wanted to help Chelsea tell Connor that Johnny was his brother but Chelsea told Connor the truth without Adam. Connor has been trying to find a way deal with finding out that Johnny is his brother.

The Young And The Restless Spoilers: Could A Devon And Abby Romance Happen?

Connor has wanted to keep his distance from Chelsea. Connor told Chelsea that he was meeting with Adam at Crimson Lights but he wanted to be alone. Adam was surprised to get a message from Sally Spectra (Courtney Hope) that Connor was alone at Crimson Lights. Adam went to take care of Connor and waited until Chelsea came to get him. Adam is aware that Chelsea is struggling to deal with the fallout from telling Connor and Johnny the truth. Adam wants Chelsea to get professional help but Adam may be able to find way to help Chelsea. Adam may be able to get Connor to want to get close to Chelsea again. Adam may believe that he and Chelsea should spend time with Connor.

Johnny was upset when Billy and Victoria told him that Chelsea was his biological mother. Johnny told Billy and Victoria that he did not want Chelsea in his life. Billy and Victoria told Chelsea that she would need to give Johnny space to process the truth. Chelsea arranged an encounter with Johnny. Chelsea hoped that Johnny would give her a chance but he rejected her. Billy has told Chelsea to stay away from Johnny. Billy knows that Chelsea is having trouble dealing with Johnny’s rejection. Billy may decide that he will intervene on Chelsea’s behalf. Billy may try to bring Chelsea and Johnny together.

The Young And The Restless Spoilers: Could A Devon And Abby Romance Happen? https://t.co/bvBz5qPe9S #Spoilers #TheYoungandTheRestless pic.twitter.com/o3uuJhnVk6

Billy knows that Chelsea wants to be a part of Johnny’s life. Billy may believe that Johnny would benefit from getting to know Chelsea. Will Billy be able to help Chelsea find a way to have a relationship with Johnny? Be sure to catch up on everything happening with Y&R right now. Come back here often for The Young and the Restless spoilers, news, and updates.