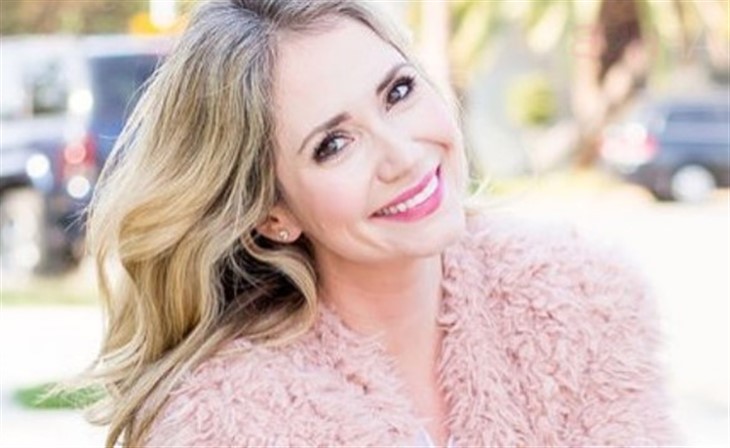 The Bold and the Beautiful spoilers, news, and updates tease that Ashley Jones is open to returning to the soap full-time. Will viewers see more of her as Bridget Forrester on the sudser?

The actress has been making brief appearances on the sudser. When she’s not on the soap, she still keeps herself busy with other projects. She appeared on other shows, such as The Resident and The Rookie, as well as movies, such as Saving My Daughter and Sugar Mommy.

She’s enjoying her time doing different things in her work and personal life, which includes raising her child Hayde, who is now six years old. But the actress admitted that she’d love to return to The Bold and The Beautiful in a full-time capacity.

The Bold And The Beautiful Spoilers: Carter And Katie’s Quick Pairing Debatable – Quinn’s Flight Out Of Town Unsurprising

“Right now, I feel like the flow has been really nice,” she said during an interview with Soaps.com.

“Things have come in and it seems like God’s given me these opportunities that present themselves at the right time and I’ve been able to do them,” she added.

She shared that she didn’t direct anything earlier this year, but she appeared in a few episodes. She found it fulfilling as an actor to be able to be part of the sudser and also do other projects. But she’s open to rejoining the sudser full-time.

The actress is always open to playing the role of Bridget. If there’s an opportunity and she’s in town, she’d gladly play the part. She’s grown very close to everyone at The Bold and the Beautiful. She considers them her family. She’ll undoubtedly go back to tell a story for Bridget. She believes Bridget has a lot of stories to tell, and she hopes that they feel the same way, too.

Ridge Forrester (Thorsten Kaye) will be back in town, and he’ll visit Brooke Forrester (Katherine Kelly Lang). Tension will rise, especially after what happened in Aspen, but the latter will insist that they talk things through. Ridge will understand how Brooke feels after he decides to walk away. He tells Brooke that he’ll always love her, which confuses Brooke even more. She doesn’t have any clue why Ridge is doing this.

Brooke will try to convince Ridge to give it to her straight because she doesn’t understand why he’/s choosing Taylor Hayes (Krista Allen) over her. Ridge may eventually get riled again and come to think that Brooke knows what she did. Ridge had no idea that Thomas Forrester (Matthew Atkinson) was responsible for framing Brooke and making Ridge believe that she called Child Protective Services on his son.

Elsewhere, Taylor is preparing a surprise for Ridge. She tells Steffy Forrester (Jacqueline MacInnes Wood), who’s eager to listen to what she has to say. Spoilers hint that she plans to buy Wyatt Spencer’s (Darin Brooks) beach house. The place has sentimental value because it was where she and Ridge lived before. She wants to share a wonderful life with Ridge.