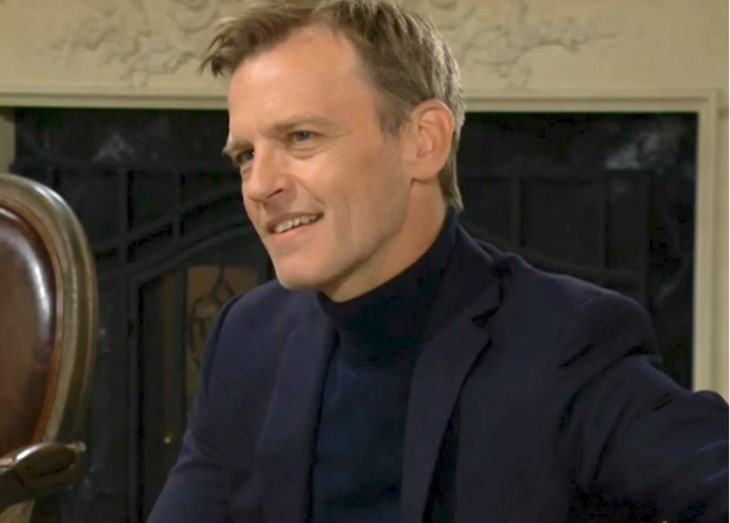 The Young and the Restless spoilers document Tucker McCall (Trevor St. John) telling Audra Charles (Zuleyka Silver) that he believes the only two people who should be running his mother’s company are him and his son.

Devon Hamilton (Bryton James) told his sister, Lily Winters (Christel Khalil), that he was meeting with Tucker at Noah Newman’s (Rory Gibson) new nightclub. The intent was to determine if Devon could pry information out of his biological father.

Tucker was not Nate Hastings’ (Sean Dominic) backer. Audra has been tasked with determining who Nate was working with and, assuming that information is eventually had, may strengthen Tucker’s cause.

The Young And The Restless Spoilers: Is Diane Really Reaching Her Breaking Point?

The Young And The Restless Spoilers – Victoria Newman Is No Friend

Victoria Newman (Amelia Heinle) has a convoluted idea in her head. Like her father, she sees the world from a Newman point of view.

Katherine Chancellor (Jeanne Cooper) disagreed with Tucker when she willed control of CI to Victor Newman (Eric Braeden). He opted to sell the company to Jill Abbott Atkinson (Jess Walton), who retains a significant interest in what is now Chancellor-Winters.

In Victoria’s mind, CW rightfully belongs in Newman Enterprises’ portfolio because Katherine was best friends with Nikki Newman (Melody Thomas Scott), thinking of her as a daughter, is Victoria’s godmother, and Katie Abbott (Sienna Mercuri) was named after Katherine.

Katherine gave the bulk of her estate to her grandson through Tucker. Devon is Katherine’s blood. That means nothing to Victoria, who, like her father, claims blood ties mean everything.

Katherine’s feelings about Devon were strong. If she were alive, Katherine would certainly have Devon, not Victoria, heading her company.

Devon has skillfully managed his wealth, intending to protect Katherine’s legacy as he did when Colin Atkinson (Tristan Rogers) tried to steal it. Devon also honored Neil’s legacy when he opted to drop the Hamilton name in the merger with Chancellor.

Tucker’s tell to Audra was significant. He has been telling the truth to anyone who will listen about wanting to bond with Devon.

While Tucker is holding aces close to his soapy vest in not revealing that Audra is a plant, he wants to run his mother’s business with his son. He also said that no one else deserves to be in the mix. Where that leaves Jill and Lily is yet to be seen on Y&R.