Days Of Our Lives Spoilers: Stephanie Redeems Herself Thanks To Alex 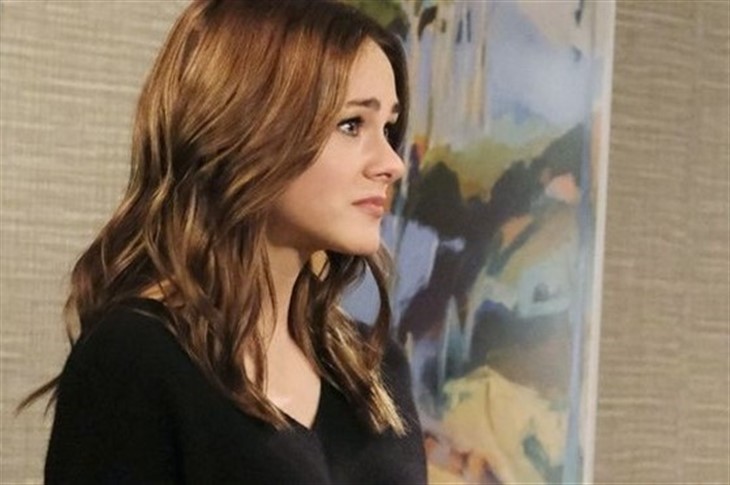 Days of Our Lives spoilers indicate that Stephanie Johnson (Abigail Klein) will finally redeem herself thanks to Alex Kiriakis (Robert Scott Wilson). Alex will risk getting caught by Sloane to get the information that Stephanie needs for Paulina Price (Jackee Harry). Will Stephanie get her job back as well?

Days Of Our Lives spoilers reveal that Pauliina will fire Stephanie after her botched attempt to clear Chanel Dupree‘s (Raven Bowens) name. However, Alex will ride to Stephanie’s rescue and provide the original papers that Stephane failed to grab on her trip to Sloane Petersen’s (Jessica Serfaty) room. Will this be enough to redeem Stephanie in Paulina’s eyes

Now that Sloane has lost her blackmail material, perhaps she will slither off to another town to support the sleazy kind she represents. Has Alex proven himself worthy of a chance with Stephanie? Will Stephanie be grateful enough to give Alex a second chance since she judged him so harshly the first time?

Days Of Our Lives Spoilers: Will Kristen Get Brady Drunk And Rape Him Like She Did Eric?

Alex may not have ruined his relationship with his go-to girl for just anyone. However, both Stephanie and Chanel are very important to him. Alex has proven himself to be a good friend to both of these ladies. Will Stephanie give credit where credit is due? Will Alex finally be considered a decent man in Stephanie’s eyes?

No one else seems to matter to Alex but Stephanie. Alex has attempted to get close to her before but was shot down. Now Alex has gone out on a limb and may have even involved Maggie Kiriakis (Suzanne Rogers) as well. Will Alex continue to behave himself now that he has helped Stephanie? Will Alex prove that he deserves another chance?

Days Of Our Lives Spoilers – Another Kiriakis Man Tamed?

Alex seems to be the most like his uncle, Victor Kiriakis (John Aniston). Alex is very much like Victor was before Maggie stole his heart. Will Stephanie tame Alex as Maggie did Victor? Will the playboy turn in his little black book for a wife and family? Stephanie is far from ready for marriage but a guy has to start somewhere. Will Stephanie give him a chance?

Stephanie’s life in PR could have been ruined because of this case. However, Alex has managed to save the day for her. Will Stephanie cut Alex so slack when he is dealing with family drama now? Doesn’t Alex deserve the benefit of the doubt now that he has proven his worth?