Days Of Our Lives Spoilers: Johnny And Wendy’s New Mission-Track Down Rolf For Answers About Stefan 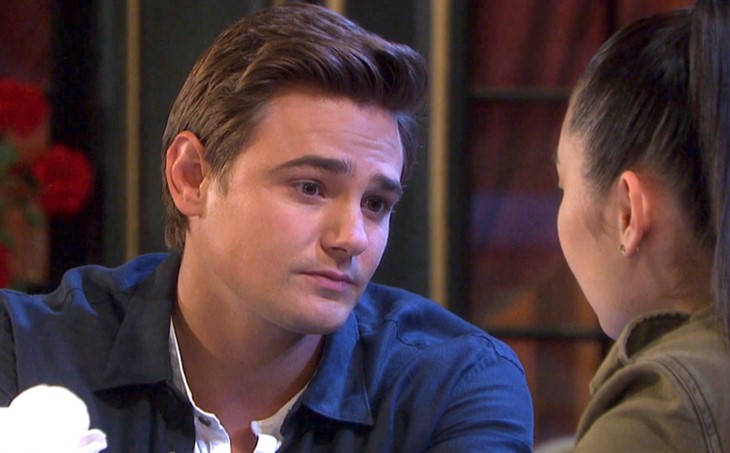 Days of Our Lives spoilers and updates tease that Johnny DiMera (Carson Boatman) and Wendy Shin (Victoria Grace) might have a new mission. They might try hopping a plane to Jakarta to track down Dr. Wilhelm Rolf (Richard Wharton) to get some real answers about who brainwashed Stefan DiMera (Brandon Barash).

Days Of Our Lives Spoilers – Something’s Not Right

Johnny was really upset when he realized his father, EJ DiMera (Dan Feurreriegel) had deemed Ava Vitali (Tamara Braun) insane when she first saw Stefan. Who was she supposed to think he was, Jake DiMera (Brandon Barash) never talked about his late twin although he knew he’d had one. He found that out when he met his birth mother Vivian Alamain (Louise Sorel) who didn’t know she had twins either until her manservant Ivan Marais (Ivan G’Vera) admitted it.

Ava’s marriage may not have been real but her heartbreak and grief over Jake’s death certainly was. And now that he’s realized Stefan’s been brainwashed out of his memories of his marriage he knows that’s not right either.

Days Of Our Lives Spoilers: Stephanie Redeems Herself Thanks To Alex

Wendy’s mad at her brother Li Shin (Remington Hoffman) who keeps pushing her away when he promised her a good job in DiMera IT at Salem, not Alaska. She and Johnny realized Li and EJ have been working together and figured that they are the ones who chased Rolf off who probably brainwashed Stefan.

Wendy knows that Li has had all kinds of strange technology he’s worked on, one involving a reboot of an old Stefano DiMera (Joseph Mascolo) project using prisms. Nothing surprises Wendy any more when it comes to Li, and nothing surprises Johnny about EJ, including transplanting Jake’s heart in Stefan and then brainwashing Stefan. They decide to track down Rolf in Jakarta at his new lab – a destination Wendy hacked into the DiMera jet database to find.

Days Of Our Lives Spoilers – I Know Nothing

Wendy and Johnny find Rolf in his lab in Jakarta, where naturally, he’s shocked to see them. It turns into a romantic holiday for the two, who’ve had a decided attraction to each other from the start. But they feel like they’re in an old “Hogan’s Heroes” rerun as Rolf says he sees nothing, he hears nothing, he knows nothing! Things turn a bit to the physical side as they literally back Rolf into a corner, and Wendy begins demonstrating her martial arts skills.

Their mission is to force Rolf to confess that he was ordered to brainwash Stefan, and Rolf will continue to deny it. But they’ll keep trying even if they have to search his lab to give him a dose of his own truth serum.