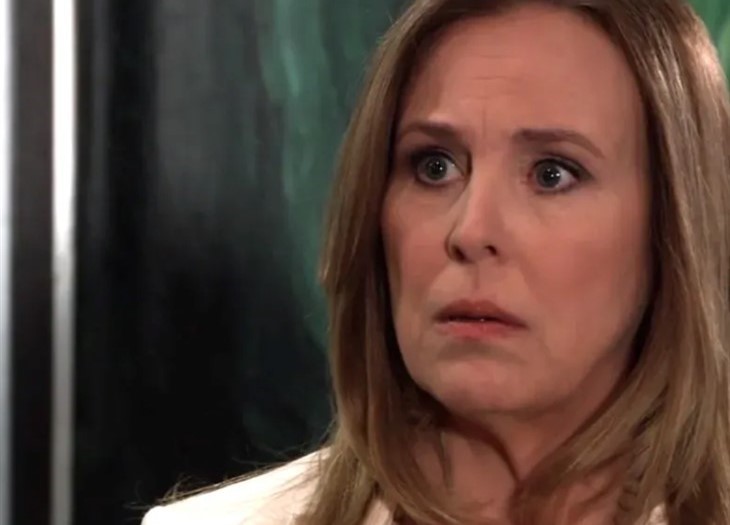 General Hospital spoilers reveal Valentin realizing why Victor really wanted him out of the way and that he needs help to get back to Port Charles as soon as possible.

General Hospital Spoilers  – It Was All About Anna DeVane

Valentin Cassadine (James Patrick Stuart) knew he had to be walking into a trap when Victor Cassadine (Charles Shaughnessy) sent him on his private plane to Switzerland to visit Charlotte Cassadine but he thought his life was in danger and not Anna Devane’s (Finola Hughes).

Although Valentin is thrilled to be with his daughter after all these months and she is thrilled to see her Papa, Valentin is distracted by a phone call. Felicia Scorpio (Kristina Wagner) finally reaches him to let him know that Lucy Coe (Lynn Herring) is presumed dead and Anna is now behind bars for her murder.

It’s an obvious setup and everyone knows exactly who is behind it and that makes Valentin even more nervous. Somehow, he needs to get back to Port Charles ASAP, but he also needs to do it without alerting Charlotte to the danger and by ditching the guard that Victor has on him 24.7.

To that end, Valentin physically tackles the guard and then prepares to make a run for it, but things don’t go quite as planned. It’s a good thing that someone unexpected comes to his rescue and that someone is most likely Laura Collins.

Genie Francis is set to return as Laura on Monday, October 31, and she is going to help someone she really doesn’t want to help but she does it for family. We know Laura is in Europe because, ironically, Valentin is the one who sent her there when he had Lesley Webber’s (Denise Alexander) house burned down in lieu of actually killing Laura.

We also know Anna called someone she needed to catch up with right before Valentin got on Victor’s plane and informed that person that Valentin is in trouble and needs his help. So, that sounds like Laura and we can’t wait to see this unlikely team in action.

Remember, when Valentin first came on the scene he allegedly shot Laura’s son, Nikolas Casadine (then played by Tyler Christopher) dead and shot Kevin Collins (Jon Lindstrom). They sure have come a long way. Stay tuned to General Hospital weekdays to see how this story plays out.