General Hospital Spoilers: Elizabeth And Her Parents Finally Have Their Reunion 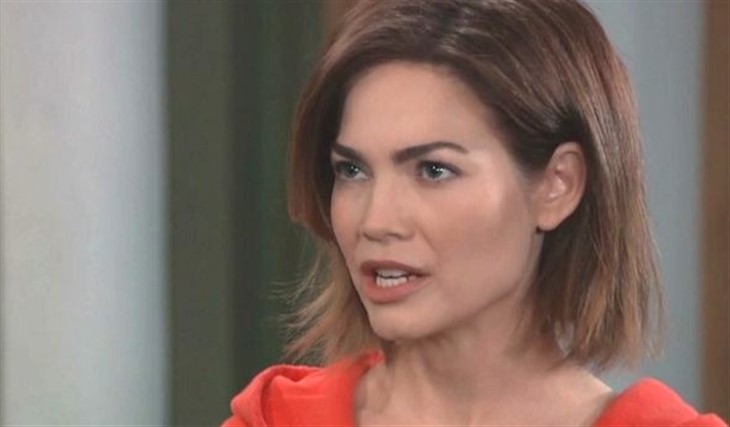 General Hospital spoilers reveal a family reunion 25 years in the making as we finally learn why Elizabeth’s parents sent her to Port Charles all those years ago and then seemed to never look back.

Elizabeth (Rebecca Herbst) and GH fans have been clamoring for years for the soap to finally bring on the character’s parents so they can explain themselves and we could finally get enough insight into Liz’s teenage years before arriving on Audrey Hardy’s (Rachel Ames) porch with a cigarette in her mouth and a chip on her shoulder.

This week, Elizabeth stands in her father’s living room and first confronts him and then her mother about what really happened all those years ago to prompt them to send her away.

Longtime GH fans have not seen Jeff Webber in more than 40 years, but now the character originated by MacGyver star Richard Dean Anderson is back and played by William Moses. And we finally get to meet his wife, Carolyn, played by Denise Crosby of Star Trek: The Next Generation Fame.

Elizabeth has been triggered by the mention of her parents for the last year and we finally might learn exactly why, aside from her feelings of abandonment. She snuck into their house so she could learn what really happened in that staircase with Hamilton Finn’s (MIchael Easton) dead wife when she was a teen, but she might not be prepared for all she is going to hear.

It’s a tense moment between Liz and Jeff where all her pent-up anger comes out, but she also might start seeing her father in a whole new way when their conversation ends.

“It looks like he did one thing, but the story is more involved than that,” William Moses said in the November 7, 2022, issue of Soap Opera Digest. “He feels his choices were valid…there was humanity behind his decisions. And now Jeff has to justify his decisions and choices.”

Did he feel he let his daughter go for her own good? And how does Carolyn play into all of this? We never met Liz’s mom so it will be fascinating to see what she is like. Stay tuned to General Hospital weekdays to see how this story plays out.