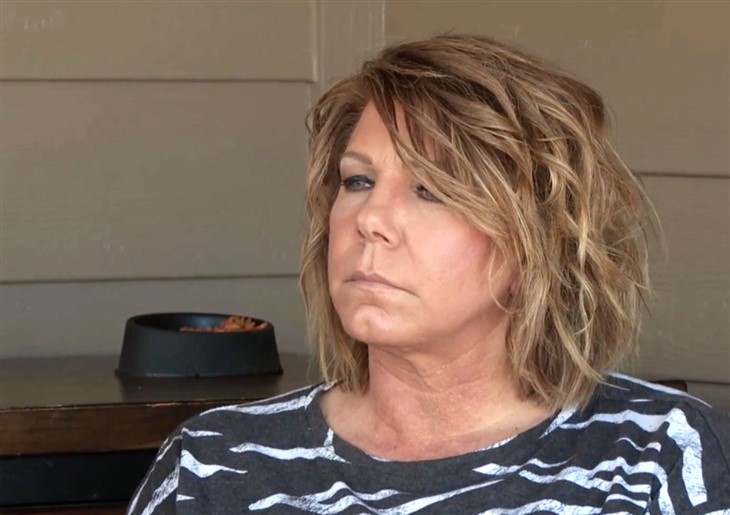 Sister Wives Season 17 builds up to Christine Brown departing from the family for a new life in Utah. Well, Meri Brown seems very grumpy and upset about it, as does Robyn. Meanwhile, Janelle seems to understand why she’s leaving. Now, blogger Katie Joy blasted Meri for baiting Christine into the family when she was still a teenager.

Kody’s third wife was born in 1972, so when she met Kody and Meri in 1990, she was still a teenager. Now, Meri is 51 and Christine is 50. Meri hangs on hoping Kody will love her again, and Christine kicked the whole polygamy thing to the curb and left with her mother’s blessing. If you don’t know, Christine came from a polygamous family, and she met Meri and Kody at a youth camp.

Sister Wives fans grew sick of the way the show milked covid for numerous seasons. Recall, the divisions really became apparent with all of Kody’s rules about social distancing. Predictably, Kody brought it all up again in season 17, claiming he didn’t know if his wife Robyn “was going to live.” Well, blogger Katie Joy of Without A Crytal Ball called BS, noting that the photo of Robyn was in the ER and not in a covid ward.

When OK! picked up the story about Katie calling BS on Rybyn being deathly ill with covid, Katie shared the story on her Instagram. Then, she talked about the most recent episode. There, she took aim and fired shots at Meri Brown. In her caption, Katie Joy said, “Tonight’s episode was a mess. I’ve watched it twice.”

Sister Wives fans who follow Without A Crystal Ball saw that Katie Joy was irritated with Meri and Robyn during the episode. She said, “While Meri & Robyn complained and talked poorly about Christine leaving, Janelle offered the only reasonable commentary.” Well, Meri seems very put out that Christine has dared to go against the grain, and it’s very obvious So, Katie Joy went off at her.

Sister Wives fans saw that the blogger gave  Meri a dressing down as she expressed her own opinion. Katie wrote, “News Flash Meri, just because you lured and love bombed a teenage Christine into the family, she owes you no conversation about leaving. You do not own her, even though your “baiting” of wives has been likened to human trafficking by anti-polygamy advocates.”

What are your thoughts on what Katie Joy of Without A Crystal Ball had to say to Meri Brown about baiting Christine? Have your say in the comments below.