The Bold And The Beautiful Spoilers: Bill Involved In Two Lives – Brooke And Liam In Mind 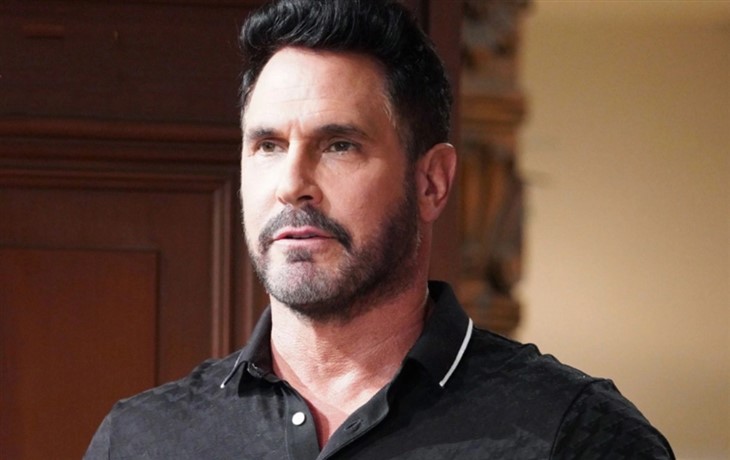 The Bold and the Beautiful spoilers document that Bill Spencer (Don Diamont) has worked hard, as he told two sisters, Katie Logan (Heather Tom) and Brooke Logan Forrester (Katherine Kelly Lang). Some personal growth was realized. Both ladies recognize it.

But Dollar Bill did throw paper, with images of himself, at Deacon Sharpe (Sean Kanan). So, Diamont’s character has not changed completely. TPTB can not allow a total transformation of its anti-hero.

However, Bill does love Brooke and wants to reconcile with her. He is also concerned about Liam Spencer’s (Scott Clifton) immediate and long-term future with Hope Spencer (Annika Noelle).

The Bold And The Beautiful Spoilers: Dramatic Fashion Shows Return

It is not that Ridge Forrester (Thorsten Kaye) has been the only one to return to his Logan so often through the decades. Brooke has returned to him as well.

This time, Ridge needs to find his way back to the truth. That means learning his devious son, Thomas Forrester (Matthew Atkinson), who is also manipulating Liam’s wife at this point in the plot, framed Brooke.

Yes, Brooke is innocent and undeserving of the venom Ridge has applied to her. She is holding steadfast to the belief that destiny will win-out again.

Hope allowing Thomas to be all over her is an outgrowth of her allowing him to ingratiate himself into her life. Liam sees Thomas for who he is, an unbalanced troublemaker.

Noelle’s character is naive. Liam loves her belief in forgiveness. But he knows that her outlook on the world can be naive. That is true in this developing storyline.

Liam has lost his grip. In recent weeks, Thomas has gained a foothold he never previously held. It has become possible for Hope to become romantically involved with Thomas, which could mean daytime destiny is in play in this storyline as well.

Bill is not shy. He tells Brooke what he thinks of the dressmaker. That has been true for years.

Unlike Brooke, Liam is receptive to the critique Bill is offering. Clifton’s character should benefit from Bill’s paternal instincts as he helps Liam to defend his marriage and family.

If anyone can expose Thomas’ double duplicity, Bill is that man. Viewers will see how much progress Bill makes on those B&B fronts this Fall.