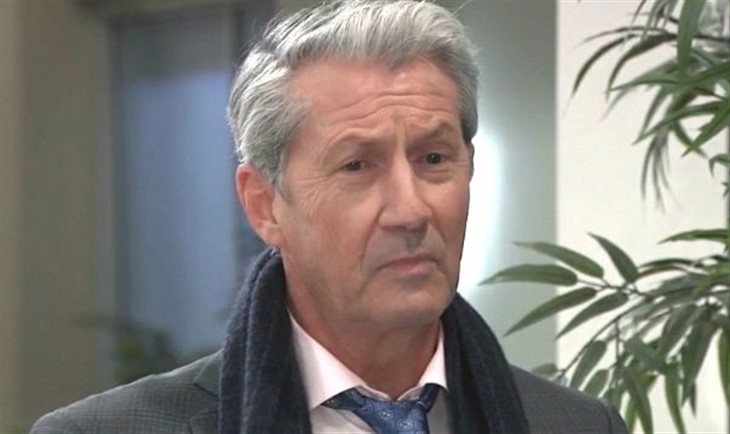 General Hospital spoilers reveal Holly continuing to do Victor’s bidding this week, but it is quite clear that it’s the last thing she wants to be doing.

General Hospital Spoilers – What Is Holly Sutton Afraid Of?

Now we know for sure that it was Victor Cassadine (Charles Shaughnessy) who took Holly Sutton (Emma Samms)captive in 2020 and kept her that way for more than two years while Robert Scorpio (Tristan Rogers( and everyone else thought she was dead. The audience knew she was locked up somewhere but could never be sure who had her.

We also know that Victor is threatening Robert’s life and threatening to put Holly back in a cell if she doesn’t do whatever he tells her to do. Victor also reminded Holly of the person she left behind and that person seems to be her son, Ethan Lovett (Nathan Parsons). After all, when Robert gave Holly his phone to call Ethan, she didn’t bother and instead put the phone on Do Not Disturb.

But it’s clear Holly would do anything for her and Luke Spencer’s (Anthony Geary) son and that anything means setting Anna Devane (Finola Hughes( up to take the fall for a murder she did not commit and pulling one over on poor Robert.

Poor Holly’s deceit becomes even more difficult when a newly-returned Laura Collins (Genie Francis hears Holly’s sad tale of amnesia and insists that she see Kevin Collins (Jon Lindstrom) to get her to remember what really happened to her the past two years.

Holly is going to have to put on even more of an act now to fool a mental health professional. Actress Emma Samms, who returned to the soap while still suffering from Long COVID, hopes the audience doesn’t dislike Holly too much.

We’re sure we’ll know soon enough what Victor — and Holly — are really up to. Stay tuned to General Hospital weekdays to see how this story plays out.