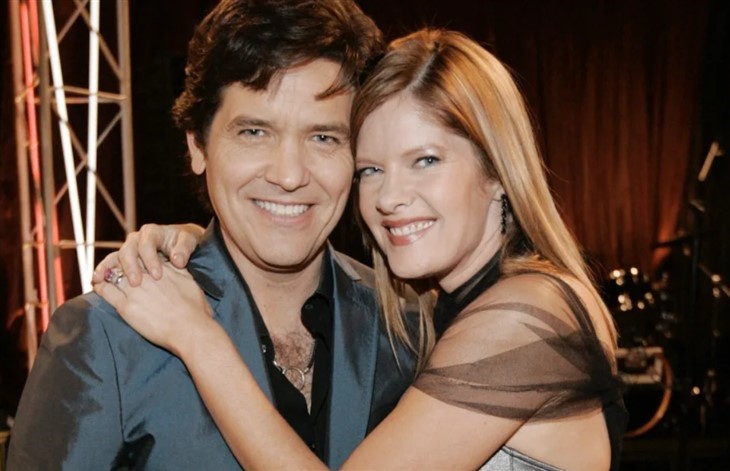 The Young and the Restless spoilers document Daniel Romalotti’s (Michael Graziadei) return to Genoa City, Wisconsin, is the first shoe drop in November. The second shoe drop is teased to happen just before Christmas when his father returns.

Daytime veteran, Michael Damian (Danny Romalotti), reprises his classic legacy character role in December. It will be his first appearance since 2013, when his stepmother, Katherine Chancellor (Jeanne Cooper), died.

The Young And The Restless Spoilers: Sally Makes A Decision, Devon And Abby Shocker

Phyllis was a side character who was introduced in 1994. She was obsessed with Damian’s breakout character, who was a rock star.

All was eventually revealed, with Danny splitting from Phyllis but legally adopting Daniel. Graziadei’s character became aware of his mother’s duplicity when he was old enough to understand what happened. Daniel considers Danny to be his father.

Graziadei was last on the show in 2016. Daniel’s brief return was followed by occasional mentions of his life.

Summer Newman Abbott (Allison Lanier) organized a trip so that her mother could visit Daniel and his daughter, Lucy Romalotti (last played as a baby by Abigail and Olivia Moore). Phyllis needed to clear her head and did so. But she has since returned and involved herself in a plot to force Diane out of town.

Daniel’s return is intriguing because the mother of his daughter is Daisy Carter (Yvonne Zima). The last mention of Zima’s character occurred in 2012 when Daisy left a medical facility where she was staying after overdosing on medication.

Daisy’s mother, Sheila Carter (Kimberlin Brown), apparently coerced her to leave. Sheila is currently believed to be dead on The Bold and the Beautiful but faked her death. She is living with Deacon Sharpe (Sean Kanan), who Nikki Newman (Melody Thomas Scott) recently contacted for information about Diane.

The Young And The Restless Spoilers – What About The Bug?

If Danny and Daniel are returning, then Christine Williams (Lauralee Bell) should as well. Damian and Bell formed one of the great daytime super couples in the 1980s and 1990s.

Christine’s nickname was Cricket. Phyllis referred to her greatest rival as The Bug.

Long-time fans know that Phyllis purposefully hit Christine and Paul Williams (Doug Davidson) with her car. Cricket and Paul know she did it, and while Bell’s character pursued justice, none ever resulted on Y&R.