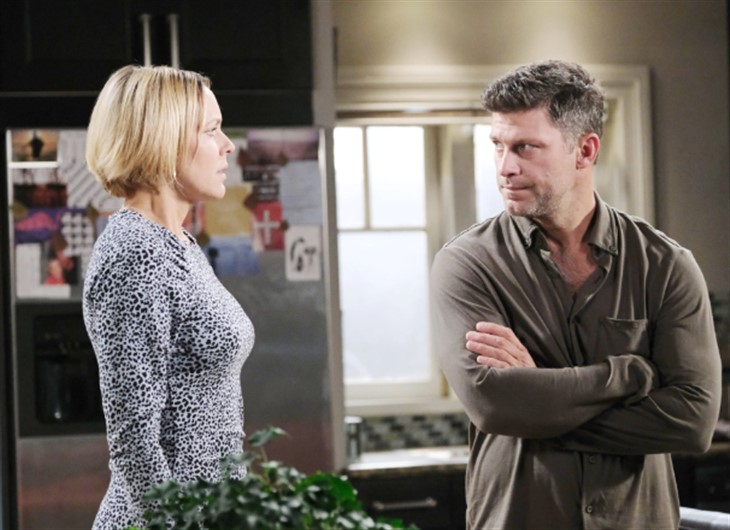 Days of our Lives (DOOL) spoilers and updates tease Rafe Hernandez (Galen Gering) is dealing with a heartbreaking loss. Rafe has been married to Nicole Walker (Arianne Zucker). Rafe had hoped to make his marriage to Nicole work but he knew that she still had feelings for her ex-husband Eric Brady (Greg Vaughan). Rafe had thought that Eric had been able to move on with his new love Jada Hunter (Elia Cantu). Rafe and Jada are going to find that Nicole and Eric have decided that they want to be with each other again.

Rafe knows that Nicole has had trouble getting over her feelings for Eric. Rafe helped Nicole to deal with losing Eric. Nicole lost Eric because she had a one-night stand with Xander Cook (Paul Telfer). Eric decided that he wanted to get a divorce from Nicole. Eric wanted to return to Africa to continue doing charity work.

Nicole had found that she wanted to have a future with Rafe. Nicole and Rafe had been dealing with problems that they were having with Ava Vitali (Tamara Braun) but they were able to overcome them to be together. Eric came back to Salem to help his mother Dr. Marlena Evans (Deidre Hall) and his niece Allie Horton (Lindsay Arnold). Eric intended on staying away from Nicole. Nicole wanted to keep her distance from Eric because she was in a relationship with Rafe. Rafe and Nicole got married even though Rafe knew that Nicole was still drawn to Eric.

Jada had not anticipated getting into a relationship with Eric. Jada had come to Salem to get a job at the Salem Police Department. Jada met Eric and was attracted to him. Jada had been surprised to find out that Eric was a priest. Eric had decided that he would go back to being a priest when he divorced Nicole. Eric needed to help to exorcise the devil from Marlena and Allie but did not get proper permission to perform the exorcisms. Eric was banned from being a priest and needed a new job. Eric is a gifted photographer and was able to get a job working with Nicole at Basic Black.

Nicole needed a photographer that would help her to take picture of the fashion line at Basic Black. Eric had intended on maintaining a professional working relationship with Nicole but Eric has found that he has gotten close to Nicole again. Eric wanted to remain friends with Nicole because he is in relationship with Jada. Eric has found that he is torn between his love for Nicole and his new feelings for Jada. Eric wanted to stay loyal to Jada but he cannot fight his feelings for Nicole. Eric does not want to hurt Jada but he knows that he needs to be with Nicole.

Days Of Our Lives Comings And Goings: Charlie Dale Continues To Haunt Salem

Days of our Lives Rafe and Jada are going to need to find a way to let Nicole and Eric go. Rafe had been concerned that he would lost Nicole to Eric. Rafe had hoped that he would be able to get Nicole to forget her feelings for Eric. Can Rafe find a way to get over losing Nicole to Eric? Jada had been happy with her relationship with Eric but she knew that Eric still had feelings for Nicole. Will Jada be able to put her feelings for Eric behind her? Jada and Rafe may find that they bond over losing Eric and Nicole. Will Jada and Rafe be brought together because they lost Eric and Nicole? Be sure to catch up on everything happening with DOOL right now. Come back here often for Days of Our Lives spoilers, news, and updates.