The Young And The Restless Spoilers: Nate Makes Progress, Elena Ready To Forgive 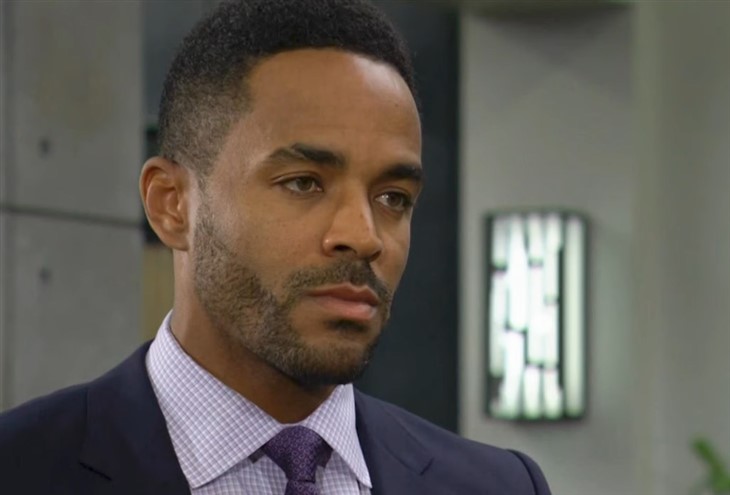 The Young and the Restless (Y&R) spoilers and updates tease Dr. Nate Hastings (Sean Dominic) has wanted to make amends. Nate has been having trouble with his relationship with Dr. Elena Dawson (Brytini Sarpy). Elena has been upset that Nate was planning on betraying Devon Hamilton (Bryton James) and Lily Winters (Christel Khalil) to get control of Chancellor-Winters. Nate decided against his plan because he did not want to lose Elena.

The Young And The Restless Spoilers – Dr. Nate Hastings Pursues Power Over His Love For Dr. Elena Dawson

Nate had been looking forward to working with Devon and Lily at Chancellor-Winters. Nate had hoped that he would be able to impress Devon with his innovative ideas. Devon resisted Nate’s ideas which started to cause a rift between Nate and Devon. Nate told Elena about his problems with Devon. Elena believed that Nate could find a way to work with Devon. Nate believed that Devon would not accept his ideas and decided that he would try to take control of Chancellor-Winters.

Nate knew that he had given Victoria a way to take over Chancellor-Winters. Elena knew that Nate could lose the connections that he had with Devon and Lily. Elena decided that she did not want to stay in Genoa City because she did not want to be around Nate when betrayed Devon and Lily. Elena went to tell Nate that she was leaving town. Nate was upset that Elena was going to leave him and decided that he would come clean with Devon and Lily about his plans for Chancellor-Winters. Nate had hoped he would be able to hold onto his relationship with Elena because he told Devon and Lily the truth. Elena was reluctant to forgive Nate but decided that she was not going to leave Genoa City. Nate is hoping that he is going to find a way to get Elena back.

The Young And The Restless Spoilers – Dr. Nate Hastings Intends On Rebuilding His Relationship With Dr. Elena Dawson

The Young and the Restless Nate is determined to make his relationship with Elena work. Nate knows that Elena wants him to find a way to repair his relationships with Devon and Lily. Can Nate find a way to get Devon and Lily to give him another chance? Nate is taking his career in different direction. Nate is going to work with Victoria at Newman Enterprises. Nate hopes that he will be able to have a fresh start at Newman Enterprises.

Elena is concerned about Nate working with Victoria but she knows that Nate is excited to be working with Victoria. Will Elena decide to support Nate’s new working relationship with Victoria? Elena still loves Nate and wants the best for him. Elena has not wanted to give up on her relationship with Nate. Will Elena decide to stay with Nate? Be sure to catch up on everything happening with Y&R right now. Come back here often for The Young and the Restless spoilers, news, and updates.