General Hospital Spoilers: Curtis Gets Big News, What Will It Mean For His Future? 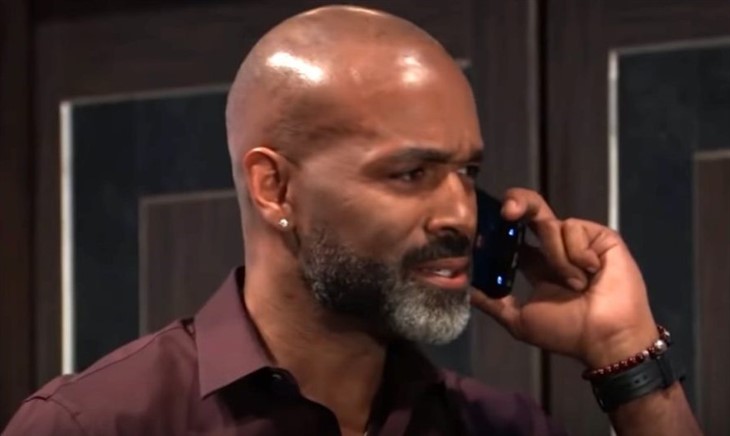 General Hospital spoilers Portia Robinson (Brook Kerr) will be thrilled when Curtis Ashford receives big news. Portia and Curtis have been discussing their marriage and children. However, Portia has always kept a huge secret about Trina Robinson (Tabyana Ali). Will Curtis get his genetic test results back?

General Hospital spoilers reveal that Portia has been extremely worried about Curtis’ genetic markers for schizophrenia. Curtis’ father was diagnosed with the illness some time ago, and Portia worries that her daughter could have it. What Portia hasn’t revealed is that Trina could be Curtis’ child. Does Portia know who Trina’s father really is?

Portis eluded to the fact that Curtis was Trina’s father some time ago. However, Jordan Ashford (Tanisha Harper) is the only person who knows about this. Jordan has been urging Portia for months to tell Curtis the truth before they get married. So far, Portia has refused. Will Jordan tell Curtis before he can marry Portia?

When Curtis first ran into Portia in Port Charles, asked if Trina was his daughter and Portia shut him down. Portia swore that Marcus Taggert (Real Andrews) was Trina’s father and that was the end of it. After all, why would Curtis question what Portia told him? Why would Portia lie about something so important?

All of this time, Curtis has believed Portia and they have grown in their relationship. However, if Curtis knew Portia was lying to him, he would not be so eager to marry her. After all, are lies and secrets not what ended Curtis’ marriage to Jordan? Portia has kept this secret for almost two decades. How could Curtis possibly get past this lie?

Curtis has made it clear that he wants kids with Portia. However, Portia has not even shared the potential of their first child with him. Curtis continues to be kept in the dark about this secret and Jordan’s frustrations continue to grow. How can Portia lie to Curtis while she plans a life with him?

Curtis and Trina deserve to know the truth about Trina’s parentage. However, it certainly does not seem to be coming from Portia. Curtis may accuse Jordan of trying to sabotage his relationship with Portia if she brings this up. How can Jordan stay quiet after knowing how Curtis feels about secrets? Will Jordan risk alienating Curtis to tell him the truth about Trina?