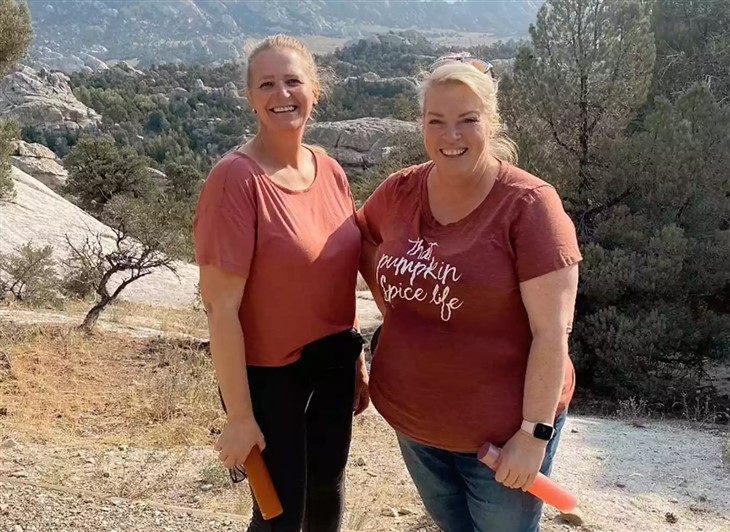 Sister Wives season 17 reveals that Meri Brown seems sullen and unhappy with Christine Brown who left Kody.  Additionally, TLC fans already know that Meri and Janelle Brown are not besties. If you don’t know, Meri Brown recently advertised a retreat for her fans. Now that Christine and Janelle are doing something similar, are they shading the LuLaRoe queen?

Sister Wives – Star Meri Brown Was Slammed By A Blogger

Katie Joy of Without A Crystal Ball has hammered at Meri Brown more than once this year. Actually, TLC fans also lost a lot of sympathy for Meri when they saw that she insists on sticking around Kody. Additionally, they thought she needed help when she described her suffering in a loveless marriage as her “strength.” Furthermore, they simply hate her snarky attitude towards Christine.

Sister Wives fans saw that Katie Joy went for Meri Brown, and accused her of “baiting” Christine into the marriage with Kody when she was still a teen. Hitting hard, she said, “…your “baiting” of wives has been likened to human trafficking by anti-polygamy advocates.” Then, when Katie heard that Meri was recruiting for a retreat, she opined that it might be a “scam.”  Now, Without A Crystal Ball shared the story of Christine Brown and Janelle doing their own retreat.

On November 9, Katie Joy posted up a screenshot from Christine about her retreat. In her overlay, Katie wrote, “Oh the shade.” Well, it could be that the two women admire Meri’s business acumen. Or, they could have taken her idea as a way to recruit for their own MLM with Plexus. Then again, they could have done it just to shade Meri because they don’t like her.

Sister Wives fans might recall that Meri seemed to shade Christine when she mentioned “Cooking With Just Christine” on her “Fridays with Friends” on Instagram. Anyway, Katie seems to think the two TLC stars are shading Meri. She said, “Christine, Janelle and Maddie are throwing [serious] shade at Meri related to her ‘retreat.”

Sister Wives fans compared the time spent with Christine and Janelle to Meri. They agree that it sounds like fun, However, when it comes to Meri, some critics wouldn’t ever attend a retreat with her. One follower opined, “Ha ha! Nobody wants a retreat with Meri but the Plexus trip with Janelle and Christine sounds like fun! Even if it’s a MLM trip 🤣.”

Another TLC fan argued that there was no shade intended. They wrote, “No shade, geez stop the drama. It’s an mlm plot plain and simple. All of them do this.”

What do you think? Did Janelle and Christine shade Meri? Or is it just something that most MLMs encourage? Have your say in the comments below.