The Bold And The Beautiful Spoilers: Deacon And Sheila Grow Closer– Does The Evil Villain Have Feelings For Him? 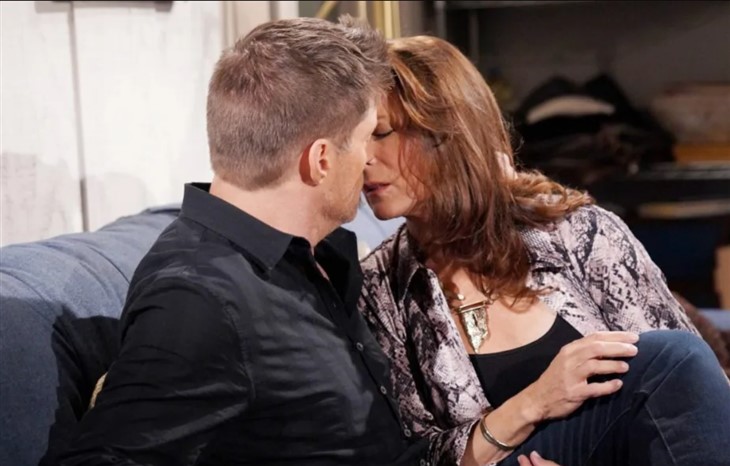 The Bold and the Beautiful (B&B) spoilers tease that Deacon Sharpe (Sean Kanan) will take Sheila Carter (Kimberlin Brown) for a romantic dinner at II Giardino. Of course, he will decide to take her on an intimate date after hours to ensure no one sees her. He just wants to make her happy and feel normal after she has been cooped up in his apartment for so long.

Deacon starts to feel bad for Sheila. Day after day, she stays inside his apartment. She has to be careful that no one spots her because everyone thinks she’s dead. That’s when he comes up with the idea of taking her out on a romantic date.

The Bold And The Beautiful Spoilers: 3 Must-See Moments For The Week Of November 7

“Deacon does have a lot of empathy for Sheila being cooped up, and he wants to do something nice for her. I think he has legitimate feelings for Sheila, which is crazy, but he does. You can only shack up with someone in a small, confined space for so long until you either fall for them or kill them,” actor Sean Kanan shared with Soap Opera Digest.

Though their pairing seems odd, it seems to work for them. They don’t appear to be falling in love, but they have genuine affection for one another.

“Deacon recognizes the absolute inherent danger in all of this and the preposterousness of having a relationship with her because they cannot be seen in public. Deacon has taken some horrendous chances in the name of love and in the name of connecting with somebody. Now, depending on which thoughts are dominant at the moment, they can move forward or not. Who knows what is next for Deacon and Sheila!” Kanan added.

Sheila is a complicated character. B&B viewers believe that she is playing Deacon and doesn’t have any real feelings for him. But at the same time, she could have some connection to him, some caring for his well-being. It would not be easy to live with him this long and not feel anything—even if you were Sheila Carter.

The Bold And The Beautiful Spoilers: A Little Romance For Sheila And Deacon

It’s anyone’s guess how Deacon and Sheila’s storyline will play out. One thing is sure, Sheila will bring an action-packed storyline, one that the fans shouldn’t miss out!