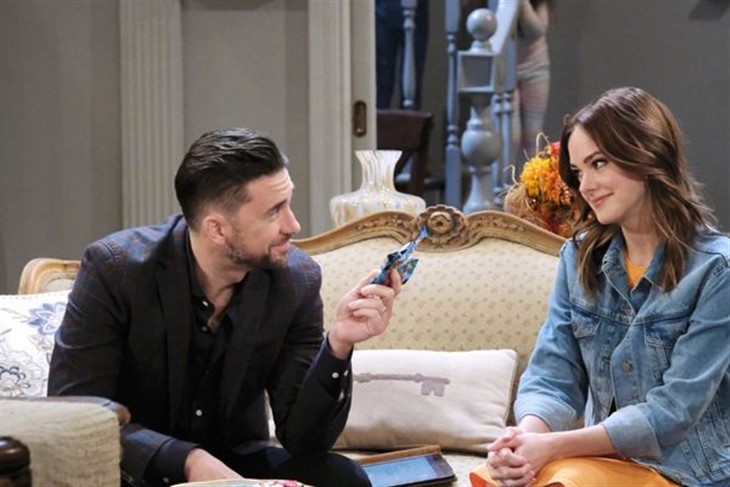 Days of our Lives (DOOL) spoilers and updates tease Chad DiMera (Billy Flynn) wants to find a way to move on. Chad has been grieving the loss of his wife Abigail Deveraux DiMera (Marci Miller). Chad has found that he is attracted to Stephanie Johnson (Abigail Klein). Chad is torn between his need to stay loyal to Abigail’s memory and his growing feelings for Stephanie.

Chad was devastated by Abigail’s death. Chad wanted to get justice for Abigail because she had been murdered. Chad was able to find out that Clyde Weston (James Read) killed Abigail. Chad believed that he would be able to pick up the pieces of his life when he found Abigail’s killer. Chad is still in love with Abigail. Chad wants to hold on to the feelings he has for Abigail. Chad visited Abigail’s grave to try to find closure. Chad was visited by Abigail’s spirit. Abigail wants Chad to find happiness again. Chad has found that he has had trouble letting Abigail go.

Days Of Our Lives Spoilers – Chad DiMera Feels Conflicted About Of

Days of our Lives Chad has a difficult decision to make about his love life. Chad is trying to find a way to get over losing Abigail. Chad knows that he will not be able to get Abigail back. Can Chad find a way to let Abigail go in order to find love again? Chad is afraid to give into his feelings for Stephanie because he feels that he will betray his love for Abigail.

Will Chad decide that he will let his past with Abigail go to have a future with Stephanie? Chad may find that he will have trouble getting to be with Stephanie. Chad knows that Stephanie has decided that she wants to give Alex a chance to get close to her. Will Chad be able to keep Stephanie from getting into a relationship with Alex? Be sure to catch up on everything happening with DOOL right now. Come back here often for Days of Our Lives spoilers, news, and updates.