General Hospital Spoilers: Brook Lynn Is at A Fork An Relationship Road 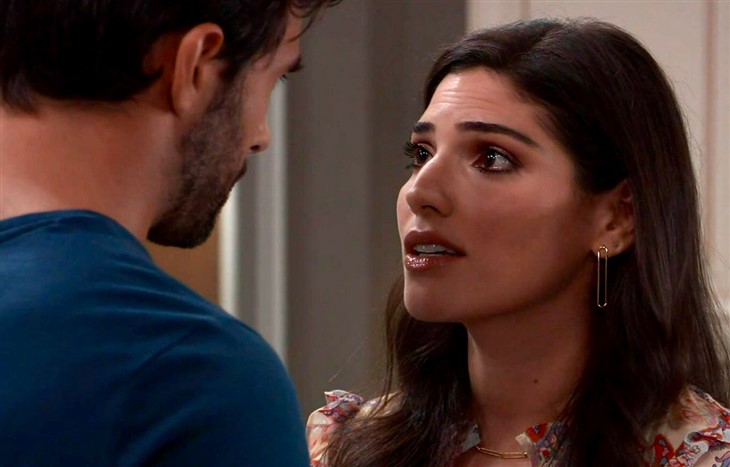 General Hospital spoilers reveals, Brook Lynn Quartermaine (Amanda Setton) wasn’t looking for love when she found Harrison Chase (Josh Swickard). Of course, neither was he. In fact, Brook Lynn was looking for an ally. She needed someone to help her pull off the ruse that she was Bailey Louise Jones’ (London and Jett Prinzo-Berendt) mother. Chase came through.

Once again, Brook Lynn needed someone to help her get payback against Linc Brown (Dan Buran) for stealing her music. Chase has come through again. Along the way, B.Q. found she might have an interest in being a talent agent, and crafted a niche for herself in the industry as Chase’s representation. Of course, without Chase, she’s got nothin’. So Brook Lynn is counting on Chase to continue with their arrangement. What will happen when he shows signs of interest in going down another path?

From where Brook Lynn sits, she can’t imagine anyone would turn down the opportunity to be a superstar. Fame is where it’s at for her. She wants all the attention she can possibly get. But from where Chase sits, being a cop is all he’s ever wanted to be.

The musical superstar’s life might have been an adrenaline rush, but he’s still eager to get back to work on the beat with his partner, Dante Falconeri (Dominic Zamprogna). Dante gave Brook Lynn and Chase a few hints in recent weeks that the time was coming for Chase to come back to the force. However, Dante noted Brook Lynn would need to write a letter of support for Chase’s return. The question is: will she?

Brook Lynn has been unnerved ever since Dante first mentioned the possibility of Chase going back to being a cop. It’s not that she’s afraid for him or dislikes his career choice, but she’s having so much fun in the current one and Chase is her key to it. After her throat was slit by Nelle Benson-Jerome (Chloe Lanier), B.Q. didn’t think she’d ever been in the music business again. This is her second chance, and she knows she won’t get a third. If Chase bails, it may be as good as over for Brook Lynn.

B.Q. can sense that Chase is excited about going back into the line of duty, and he can sense that makes her feel less than enthused. When Chase has dropped hints about the musical act being a short-term gig and that he always intended to stay a cop, Brook Lynn loves to change the subject. How will she handle Chase wanting to formally return to the PCPD on the heels of her personal recommendation?

Chase is certainly assuming Brook Lynn will write the letter of recommendation and send him on his way back to work. In fact, he’s looking forward to it, because he’s tired of talking shop with B.Q. He wants his work and personal lives to be separate again, while Brook Lynn wants just the opposite. When she sits down to write a letter that raves about Chase’s readiness for the force, will she intentionally sabotage his chances just so she can keep him to herself and not forsake her own music career? Stay tuned! This storyline is just heating up. Move GH news, updates, and spoilers are just ahead!