The Young And The Restless Spoilers: Billy’s Relationship With Lily Hanging By A Thread– Daniel’s Return Could End It All 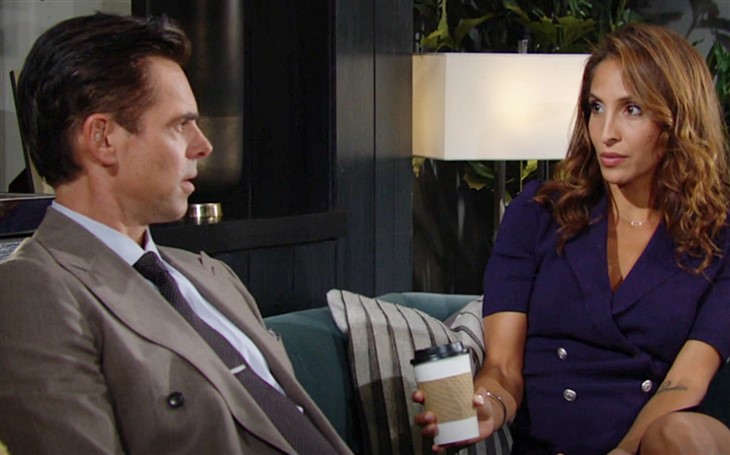 Lily and Daniel had a great love story, being each other’s first love. It wouldn’t take much to bring the sizzle back and show Lily how much she’s missing by holding to Billy.

It is noble that Billy wanted to be there for Chelsea Lawson (Melissa Claire Egan) after everything that’s happened between them. He could let her end her life. But Lily doesn’t understand why he can’t let her family and loved ones handle her mental health crisis.

The Young And The Restless Spoilers: Nate Makes Progress, Elena Ready To Forgive

Lily doesn’t know that Chelsea tried to kill herself (and would have succeeded) if Billy didn’t intervene. All she knows is her man is spending way too much time with another woman who may still have feelings for him. Most women would have an issue with it.

With so much going on, Daniel’s return will find Lily needing a distraction. She will want to catch up with him, which could spell trouble for her relationship with Billy.

Daniel’s visit to Genoa City will probably throw Lily for a loop. Seeing the man, she loved so fiercely all those years ago will surprise her. Aside from feeling surprised, it could bring her feelings for Daniel to the surface, emotions she thought were buried long ago.

If Daniel still has feelings for Lily, it could break her relationship with Billy. As it stands now, their relationship is barely hanging by a thread. It wouldn’t take much to break them up.

Daniel’s return to Genoa City will probably be a short arc. Soap Opera Digest reported that he would appear in a handful of episodes in November and December. If Lily and Daniel rekindle their romance, it will be short-lived.

Even if his return is temporary, it could be the push Lily needs to end her relationship with Billy. However, it turns out; it will be interesting to see how it plays out on The Young and the Restless.

Would you like to see Daniel and Lily reunite? This site is a leading source for everything linked to The Young and the Restless. Check back regularly for Y&R spoilers and news!