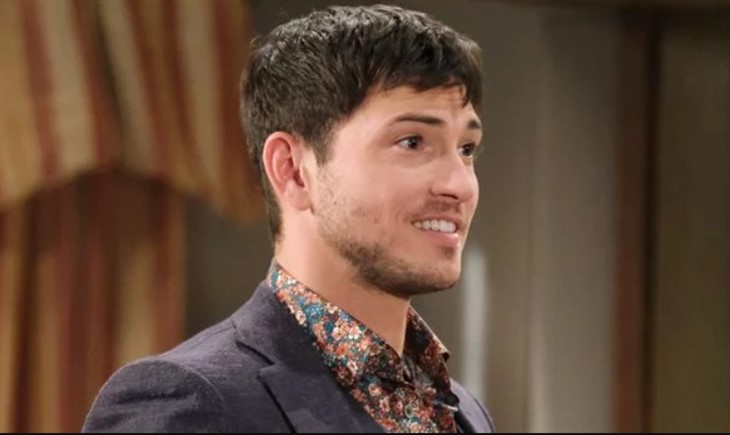 Days of our Lives (DOOL) spoilers and updates tease Alex Kiriakis (Robert Scott Wilson) intends on coming through for the ones that he cares about. Alex has become friends with Allie Horton (Lindsay Arnold) and Chanel Dupree (Raven Bowens). Alex knows that Allie is worried about Chanel. Alex has hoped to get into a relationship with Stephanie Johnson (Abigail Klein). Alex has been trying to prove to Stephanie that she can depend on him. Alex is determined to show his support to Allie and Stephanie.

Alex has been able to get advice from Allie and Chanel to help him get close to Stephanie. Alex had hoped to help Stephanie to keep Chanel out of trouble with the law but he could not prevent Chanel from getting arrested. Alex knows that Allie is upset that Chanel has been arrested. Alex wants to help Allie and Chanel in their time of need. Alex may be able to help Allie find a way to support Chanel.

Alex had hoped that he would be able to help Stephanie with a problem. Stephanie was working to help Pauline Price (Jackee Harry) to become governor. Stephanie wanted to help Paulina to protect Chanel. Pauline was having trouble with Sloan Peterson (Jessica Serfaty) because Sloan was blackmailing Paulina. Sloan had a file that had information on Chanel that could get her into trouble.

Alex decided that he would use his relationship with Sloan to take the file from her. Alex was able to get the file from Sloan and give it to Stephanie. Alex had hoped that he could help Stephanie to keep Chanel out of trouble. Stephanie was impressed that Alex had been able to help her. Stephanie knows that Alex has wanted to find a way to get close to her. Stephanie decided that she would show her appreciation to Alex and asked him on a date. Alex was excited that he might be able to have a chance to get to pursue a relationship with Stephanie.

Days of our Lives Alex hopes that he can give Allie the support that she needs. Alex realizes that Allie and Chanel are going to have a difficult time overcoming their problems. Alex knows that Allie is worried that she will not be able to help Chanel. Can Alex find a way to help Allie to deal with the fears for Chanel? Alex is determined to show Stephanie that she can rely on him. Stephanie may find that she will be facing another crisis.

Stephanie may find out that her brother Dr. Tripp Johnson (Lucas Adams) is missing. Stephanie may turn to Alex for support. Alex hopes that Stephanie will find that she can count on him to give her the support that she needs. Alex wants to show Stephanie that she can put her trust in him and that his feelings for her are real. Will Alex be able to have the relationship that he wants to have with Stephanie? Be sure to catch up on everything happening with DOOL right now. Come back here often for Days of Our Lives spoilers, news, and updates.