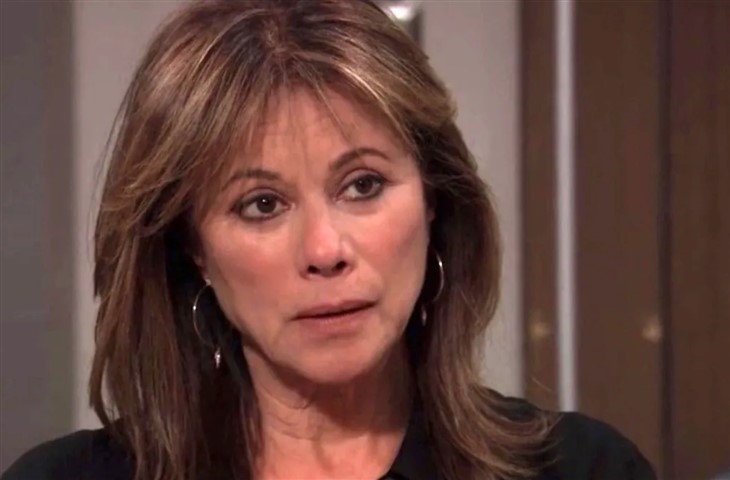 General Hospital spoilers reveal Hamilton Finn (Michael Easton) has just had his world come tumbling down around him. When Elizabeth Webber (Rebecca Herbst) told him she was the person who pushed his late wife Reiko Finn (Mele Ihara) down the stairs, leading her to need a blood transfusion that ultimately infected her with the disease that claimed her life, he couldn’t believe what he was hearing.

Adding insult to injury, she also divulged that her struggle with Reiko was due to catching her father having an affair with Finn’s late wife. Moving forward without any opportunity to ask Reiko what really happened is going to be a struggle for Finn. Fortunately, he’s got a solid friend — Alexis Davis (Nancy Lee Grahn) — in his corner, but she could turn out to be more than that.

General Hospital Spoilers: Brook Lynn Is at A Fork An Relationship Road

Finn might casually mention to Alexis that he had a run-in with Heather Webber (Alley Mills) at the hospital, and she planted a few seeds of doubt Finn hasn’t been able to shake from his mind. What if Jeff Webber (William R. Moses) is the monster Heather says he is? Just because she’s insane and quite literally a monster herself doesn’t mean he’s any less of one. Is it possible Jeff and Carolyn Webber (Denise Crosby) coaxed Liz into forming those memories when Jeff was the one who was actually responsible for Reiko’s fall down the stairs? Will Alexis talk Finn out of even giving Heather’s words any consideration?

Alexis is going to tell Finn what he needs to hear. The truth is, he let go of Reiko a long time ago, and this isn’t the time to try to pick up that torch again just because things ended differently than he believed. Finn needs time to process the realization that his marriage wasn’t what he thought it was, and Alexis will be understanding of that. However, she’s still going to encourage Finn to let go of who he thought Reiko was, and to forgive her for her transgression that happened so long ago.

Finn certainly isn’t ready to emotionally move on from Elizabeth, but he might decide to stem the pain with someone — or someone — else. Finn and Alexis have a history of leaning on one another during times of emotional hardship, and while blurring the lines of their friendship might not be the healthiest move, it’s definitely a safer bet than falling off the wagon. Should Finn come to find out Elizabeth is cozying up to Nikolas Cassadine (Marcus Coloma) anyway, will his next move be back in Alexis’ direction with more than friendly chit chat in mind? Stay tuned for more GH news, updates, and spoilers just ahead.