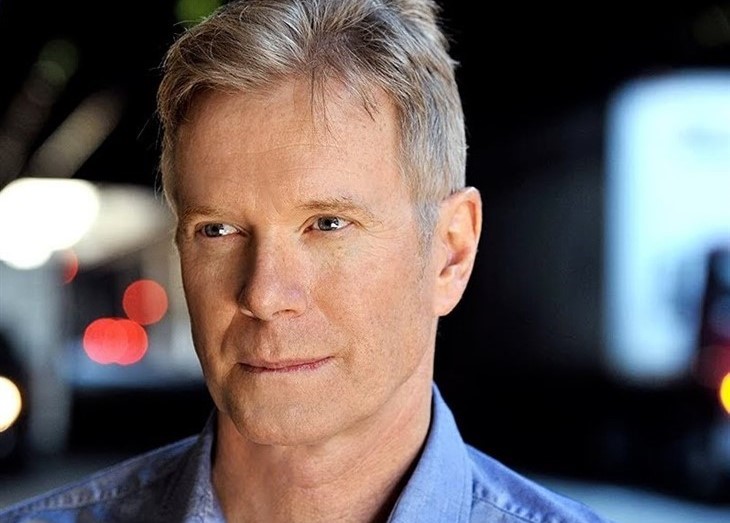 General Hospital spoilers reveal Elizabeth Webber still coping with what she learned when she finally saw her parents again for the first time in 25 years.

General Hospital Spoilers – Will Jeff Webber And Carolyn Webber Be Back?

GH fans finally got to meet Elizabeth’s long-absent parents after a quarter of a century of wondering where the heck they were and learned that they are just as bad as we thought. Not only did they neglect their teenager and abandon her, they drugged her and tried to brainwash her into forgetting a tragic accident.

Elizabeth returned home devastated never wanting to see them again, but it looks like William Moses has filmed more scenes and is happy to be bringing Jeff Webber to life after knowing the original Jeff, Richard Dean Anderson, back in the 1980s.

GH Spoilers – William Moses Had To Get To Know Daytime

William Moses made a name for himself just out of college on the primetime soap Falcon Crest, but he had never done a daytime soap before. However, he had to learn fast and was in awe of Rebecca Herbst.

“The first thing you can see right away is just how proficient she is in this genre,” he told Soap Opera Digest. “I went, ‘Okay, I’ve got a good partner to work with, which is exciting!’ We worked the first day, which was like the bath of fire because it’s so fast and so quick, and then we worked the second day, which was even longer — Rebecca and I had 40 pages of dialogue — and by the end of it, your brain is kind of mush and you’re kind of mush, but we did have a chance to talk in the hallway and she’s just a lovely young woman and a really gifted actress and a really nice and caring and friendly person.”

Moses looks forward to digging into the character of Jeff more and learning what makes him tick. He is certainly very different from the Jeff that longtime GH fans remember.

“The thing that excites me most as an actor is, is there a rich emotional source for a character? With Jeff Webber, there are a lot of nice, strong things for me to play that make for a challenging and wonderful role,” Moses told Digest. “My mom was an actress in Hollywood and my dad was an ad man — he was the original ‘Mad Man’ — but he moved when I was very young and was not in my life, so there’s a personal well of things to draw upon [in playing Jeff], as well. This is a role that I’m getting more excited about playing daily.”