The Bold And The Beautiful Spoilers: Will Douglas Rat Out Thomas? 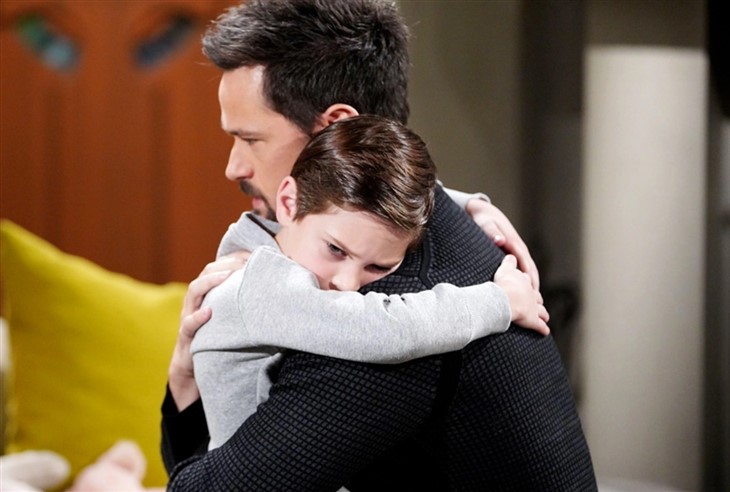 Every time we think Thomas Forrester (Matthew Atkinson) has changed for the better, the show throws him right on under the bus. He has spent all year lying and keeping secrets so his parents will get back together and nothing is going to stop this grown man from getting what he wants.

Thomas is even almost there. Ridge Forrester (Thorsten Kaye) proposes to Taylor Hayes (Taylor Hayes) this week and she happily accepts. It’s everything she’s been dreaming of for years and at this point, she may not even care that Ridge left his marriage quite suddenly just to be with her.

The Bold And The Beautiful Spoilers: Get To Know Don Diamont Better

Since Thomas plays that fake recording of Brooke Logan Forrester (Katherine Kelly Lang) calling CPS over and over and over again, the audience knows that Thomas used Douglas Forrester’s (Henry Joseph Samiri) voice manipulation app to make it seem as if Brooke made the call when all Thomas was doing was setting Brooke up so his Parent Trap shtick would work.

It seems that it’s Douglas who figures out what Thomas did and thinks the whole thing stinks. Remember, this is a kid who just can’t keep a secret if he sees someone doing something wrong. He’s ratted out his dad before and since he is an equal opportunity, he ratted out Brooke earlier this year. Neither are saints he Douglas knows it.

Thomas tells Douglas this secret needs to stay between them in the same way that Brooke tried to gaslight Douglas into thinking he didn’t see Grandma kissing Santa after all. It didn’t work when Brooke did it and it probably won’t work this time.

Who wants to bet that when Grandma Taylor walks down the aisle to marry Grandpa Ridge that Douglas won’t stop the ceremony and tell exactly what his dad did? It’s in his nature and would be a nice cap on this whole story with Douglas as the honest good guy once again. We all know that nobody in his family can be honest so he must get this from Caroline Spencer (Linsey Godfrey). Stay tuned to The Bold and the Beautiful weekdays to see how this story plays out.

The Bold And The Beautiful Spoilers: Wedding Waffles – Will Ridge Drop Taylor And…

The Bold And The Beautiful Spoilers: Steffy Wrong To Expose Thomas? – Taylor…

The Bold And The Beautiful Spoilers: Deacon And Sheila’s Debate, Brooke And Taylor’s…