The Young And The Restless Spoilers: Adam’s Frustrations, Nick And Billy’s Interference 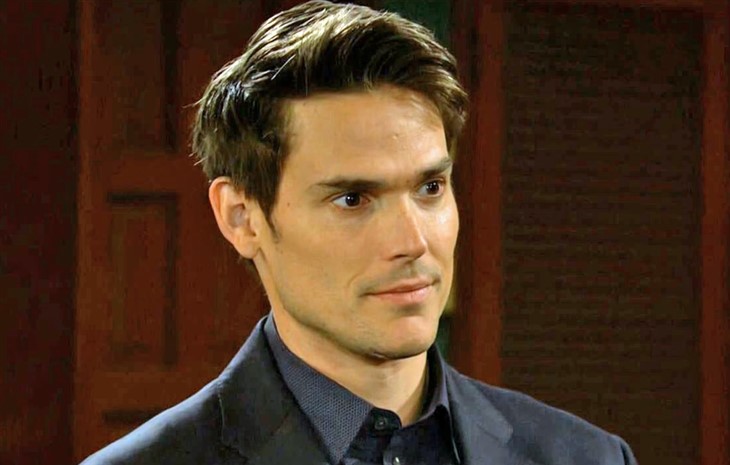 The Young and the Restless (Y&R) spoilers and updates tease Adam Newman (Mark Grossman) feels that he has been kept away from the ones that he cares about. Adam had been in a relationship with Sally Spectra (Courtney Hope) but she has gotten into a relationship with Nick Newman (Joshua Morrow). Adam has been concerned about his ex-wife Chelsea Lawson (Melissa Claire Egan). Adam has found out that Chelsea has suffered a serious emotional setback. Chelsea turned to Billy Abbott (Jason Thompson) for support. Adam is determined to find a way to show Sally and Chelsea that they are important to him.

Adam has wanted to find a way to get Sally back in his life. Adam had pushed Sally away because he believed he could help her to keep her position of CEO of Newman Media. Adam knew that his sister Victoria Newman (Amelia Heinle) would not trust Sally while she was in relationship with him. Sally had wanted to leave Newman Media to be with Adam but he kept her from giving up her job for him.

The Young And The Restless Spoilers: Nate Betrays Elena, Sleeps With Victoria

Sally turned to Nick for comfort to help her get over Adam. Sally and Nick have been surprised that they have gotten into a romantic relationship. Adam has told Jack Abbott (Peter Bergman) that he wants to find a way to show Sally that he still loves her. Adam knows that Sally has started to have feelings for Nick and may want to have a future with him. Adam has hoped to find a way to get Sally to want to be with him and leave Nick.

Adam has wanted to help Chelsea. Adam knows that Chelsea has been struggling to deal with different problems. Adam knows that Chelsea was devastated when she lost her close friend Rey Rosales (Jordi Vilasuso). Chelsea believed that her son Johnny Abbott (Paxton Mishkind) needed to find out that she was his biological mother. Chelsea knew that she would need Billy and Victoria to tell Johnny the truth because they are his parents. Chelsea did not know that Johnny would reject her. Chelsea did not anticipate that she would have trouble with her son Connor Newman (Judah Mackey) when she told him the truth about Johnny. Chelsea started to feel that she had failed Connor and Johnny

. Chelsea wanted to find a way to stop feeling the pain that she was in. Chelsea believed that she was alone. Chelsea believed that she needed to end her life. Chelsea was shocked that Billy came to save her from taking her life. Chelsea has been able to turn to Billy and Sharon Rosales (Sharon Case) for the support that she needs to start to find a way to get past her pain. Chelsea knew that she needed to tell Adam about her problems. Adam was stunned to find out that Chelsea had been in an emotional crisis. Adam wants to help Chelsea to make a full recovery. Adam may believe that Chelsea needs him to be the one to help her. Adam may want Billy to step aside and let him take care of Chelsea.

The Young and the Restless Adam knows that he is going to need to find a way to deal with Nick and Billy. Adam knows that Nick wants to pursue a relationship with Sally. Adam believes that Nick is not the right match for Sally. Can Adam convince Sally that she should not be in relationship with Nick? Adam hopes that Sally will want to come back to him down the road. Will Adam be able to get Sally back?

Adam intends on helping Chelsea find a way to get the help that she needs. Adam is concerned that Chelsea has become dependent on Billy to help her to get better. Will Adam be able to accept that Billy needs to be a part of Chelsea’s recovery process? Adam and Billy have not been able to work together in the past. Will Adam be able to work with Billy for Chelsea’s sake? Be sure to catch up on everything happening with Y&R right now. Come back here often for The Young and the Restless spoilers, news, and updates.