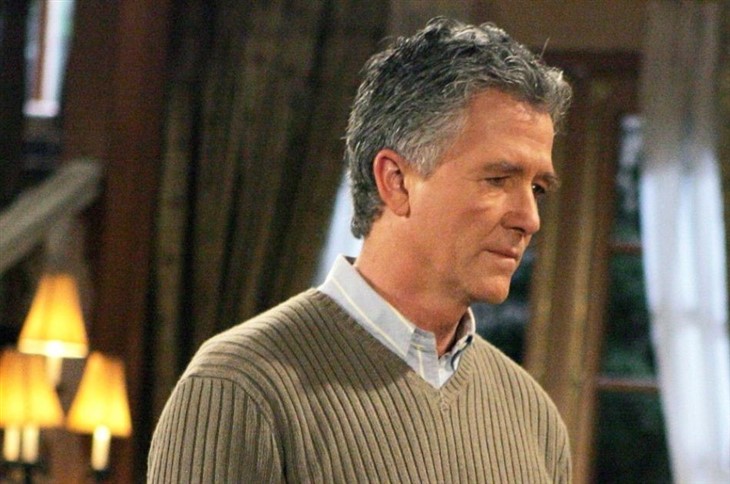 The Bold and the Beautiful spoilers, news, and updates tease that Patrick Duffy is returning to the sudser. Here’s what fans can expect upon his return.

Duffy will reprise his role as Stephen Logan for a Thanksgiving visit in the daytime drama. He’s scheduled to appear in episodes that are set to air on November 23 and November 28. The actor is also bringing Linda Purl, his real-life partner, into the soap, and she’ll take on the role of Lucy, who’s Stephen’s new love interest.

Stephen Logan was introduced in the soap back in 1988. It was debuted by Robert Pine in 2001. Duffy took over the role when the sudser brought back the character in 2006. Since then, he’s made sporadic appearances on the daytime drama, and it’s been a while since his last appearance, which was in 2011.

The Bold And The Beautiful Spoilers: Family Grows Concerned Over Thomas Rage Over App

“He’s so happy to be back and seeing everybody again,” Katherine Kelly Lang said in an interview with Soap Opera Digest.

“I think it’s perfect timing for Stephen to come back and spend time with his daughters,” she continued.

Heather Tom and Jennifer Gareis were both excited to welcome Duffy back. Lang was also thrilled to have him back on the show. They’ve worked together in three shows, and she described the actor as “fabulous.”

Thomas Forrester (Matthew Atkinson) will lash out at Douglas Forrester (Henry Joseph Samiri) for disobeying his order not to use the voice changer app anymore. He’ll force his son to delete the app and try to encourage him to explore other interests. Donna Logan (Jennifer Gareis) has witnessed Thomas snap over the app. She may play a role in cracking the case involving the CPS call trick.

Meanwhile, Brooke Logan (Katherine Kelly Lang) will struggle to cope with her breakup with Ridge Forrester (Thorsten Kaye). There’s nothing she can do but wish that Ridge could have fought harder for their marriage.

She’s accepted the fact that their annulment is final, but she’s still on a quest to expose Thomas’ schemes. Brooke believes that he was involved, and she’ll do anything to uncover the mystery. Fans know that Thomas was behind it all. Fans will just have to wait until the fake CPS call is exposed.