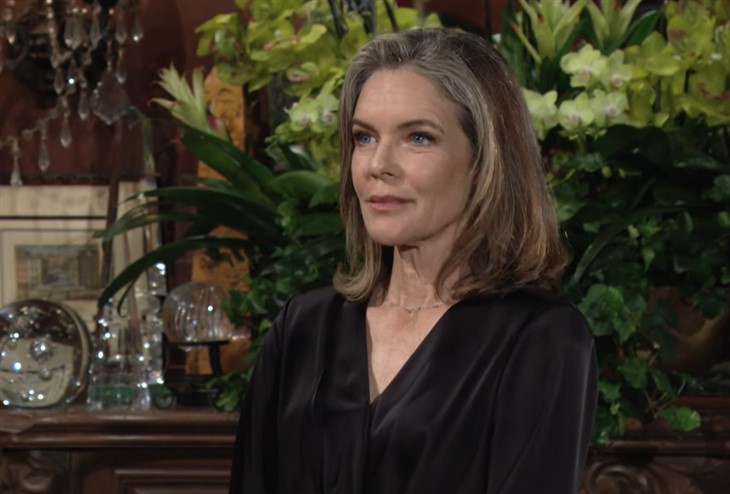 The Young and the Restless spoilers document Diane Jenkins (Susan Walters) has not left Genoa City, Wisconsin, and she does not plan to do so. Despite a plethora of enemies, one of Y&R’s revived villains is hanging tough.

Diane was believed dead and buried for more than a decade in real-time. But the return of the character Walters plays proved quite the shocker.

Her only known supposed friend, Deacon Sharpe (Sean Kanan), crossed back to The Bold and the Beautiful in the past. Kanan’s character has his hands full with Y&R and B&B’s arguably most notorious dark force, Sheila Carter (Kimberlin Brown). Plus, Deacon helped Nikki Newman (Melody Thomas Scott) when providing information that helped prove Diane’s connection to Tucker McCall (Trevor St. John).

The Young And The Restless Spoilers: Jack And Ashley Bicker, Diane and Tucker’s Tricky Issues

Nikki is Diane’s most natural opponent. Being framed for a faked murder tends to cause great angst.

The trip to Los Angeles, California, proved worthwhile. Nikki was provided with information and a photo that coincided with Tucker’s brash GC comeback.

Viewers and Diane’s opponents remain unaware of exactly what she and Tucker were involved in when they were off-screen. But their dialogue and soapy inclination indicates that it is mutual beneficial for their west coast dealings to remain hidden.

Y&Restless Spoilers – What About Jeremy Stark?

Jeremy Stark (James Hyde) went to prison for money laundering. Diane purposely told Jack Abbott (Peter Bergman) about her tie to that criminal to get in front of the coming storm.

Jack’s willingness to discount Diane’s past exists because of his feelings for their son. Jack plans to remain on board as long as Kyle Abbott (Michael Mealor) believes his mother should be in his and his family’s life.

The Young And The Restless Spoilers – Phyllis Summers In The Background

Phyllis feels that she lost Jack’s trust because of Diane’s negative influence. That outlook, which is admittedly self-serving, bothers Jack, who appears to distrust Red more than Kyle’s mother.

The Young And The Restless Spoilers: Adam’s Frustrations, Nick And Billy’s Interference

Diane might be making the mistake of underestimating Phyllis. Summer Newman Abbott’s (Allison Lanier) realization that her mother-in-law is a problem should impact Kyle’s direction. With that, Phyllis could gain the ability to stymie or even stop Diane on Y&R.