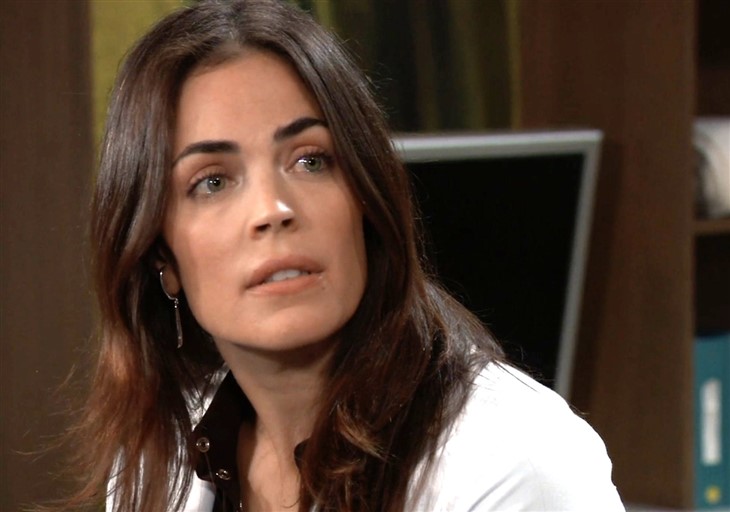 General Hospital (GH) spoilers and updates tease Dr Britt Westbourne (Kelly Thiebaud) is facing a few difficult challenges. Britt has wanted to pursue a relationship with Cody Bell (Josh Kelly). Britt has been diagnosed with Huntington’s disease. Britt knows that she can turn to her mother Dr. Liesl Obrecht (Kathleen Gati) for help to deal with her problems.

Liesl was shocked and sadden to find out that Britt had Huntington’s disease. Liesl has been determined to get Britt help to overcome the disease. Liesl was kidnapped by Victor Cassadine (Charles Shaughnessy) in her efforts to help Britt. Liesl has been able to count on Scott Baldwin (Kin Shriner) to help her with her efforts to find a way to save Britt. Liesl does not know that Britt is starting to have problems with having Huntington’s disease. Britt was forced to tell Dr. Austin Gatlin-Holt (Roger Howarth) about her diagnoses because he found that she was having trouble with the movements in her body. Austin wants to help Britt to get the help that she needs. Austin has encouraged Britt to tell her family and friends that she could have serious complications from Huntington’s disease. Britt may need to tell Liesl about that her Huntington’s disease is getting worse.

Britt had wanted to find love again. Britt had hoped to have a relationship with Jason but he was tragically killed. Britt was surprised when Liesl signed her up for the online dating service Society Setups. Britt had been reluctant to use the dating service but Liesl encouraged her to take a chance on finding new love. Britt did not expect to be matched with Cody. Britt had been on her guard around Cody in the beginning but she has warmed up to him. Britt asked Cody to help her deal with the possessions that Peter left her. Britt found out that Peter had an expensive diamond and ruby necklace. Cody believed that the necklace had belonged to the Leopold Taub (Chip Lucia). Cody had believed that Leopold was his father but found out that Mac Scorpio (John J. York) could be his father.

Britt has helped Cody to find out about his birth parents. Cody has found out that he is Mac’s son. Mac had been in a relationship with Cody’s mother Dominique Stanton (Shell Danielson). Cody is keeping the secret that he is Mac’s son because he hopes to be able to take possession of Leopold’s necklace. Britt believes that Cody is not Mac’s son and she has wanted to help him deal with the news. Britt may find that Cody will try to take the necklace from her. Britt will need to turn to Liesl for help to deal with Cody down the road.