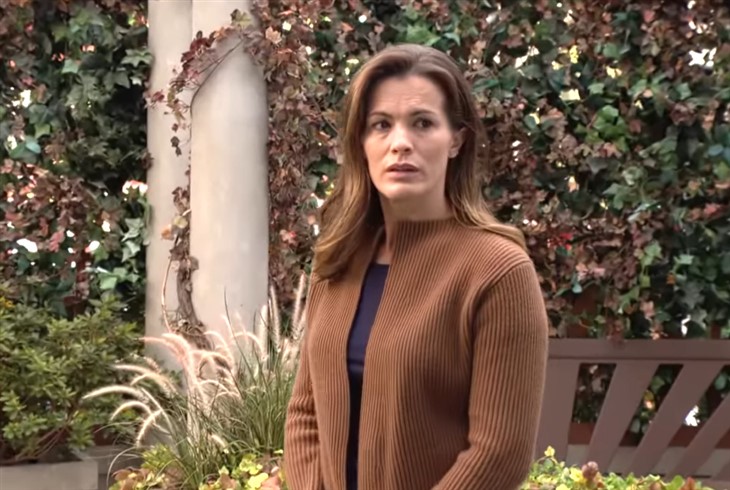 The Young and the Restless spoilers document Chelsea Lawson (Melissa Claire Egan) needs to concentrate on recovering and retaining stability. She made a series of decisions that led her to believe it was time to exit, stage down.

Thankfully, Billy Abbott (Jason Thompson) was aware of Chelsea’s cascading collapse. If he had not taken the initiative and correctly guessed where she went after leaving the Glam Club, there is no telling what could have happened.

On the upside, Chelsea had an opportunity to complete what she appeared to start. So, she may not have proceeded. In any regard, Billy rescued her, and Adam Newman (Mark Grossman) did not.

Adam has the best intentions in feeling sorry for Chelsea and wanting her to get better. She realizes how far she fell, emotionally, and is fully sincere in wanting to protect the mother of their son, Connor Newman (Judah Mackey).

The problem with Adam is that he lacks maturity, to put it nicely. Brat is a term that could be used for Grossman’s character. Billy would select from a far saltier set of jabs.

Chelsea and Adam have proven to be a bad match on numerous occasions. She appears to realize that and is turning to Billy. But he is taken.

A question mark did not have to be placed after that subject header before Billy became close to Chelsea in recent months. But it is fair to use it now.

The child, Johnny Abbott (Paxton Mishkind), they have means a permanent bond exists. Lily Winters (Christel Khalil) did not believe her relationship with Billy was endangered. But her perspective deepened when he mentioned Chelsea kissed him during one of their podcast sessions.

The Grinning Soul is no more, but Billy’s inner thoughts persist. He is dedicated to Lily in his mind. But maybe Chelsea recognizes an opening that even Billy does not see.

The Young And The Restless Spoilers – Chelsea Lawson Needs Support

Lily was disturbed when Billy said he needed to be there for Chelsea but would not explain why. Considering all personal factors, anyone would be unsettled by a supposed significant other, with whatever that subjective term means, making that statement.

Billy’s intentions, like Adam’s, are pure. Neither man is in love with Chelsea. However, she is a mother to a child both men had with her.

Chelsea will need a period to rebound. As she does, Billy is the most likely man Egan’s character will likely lean on for support on Y&R.