Days Of Our Lives Spoilers: Alex Comes Through, Justin And Stephanie’s Thanksgiving 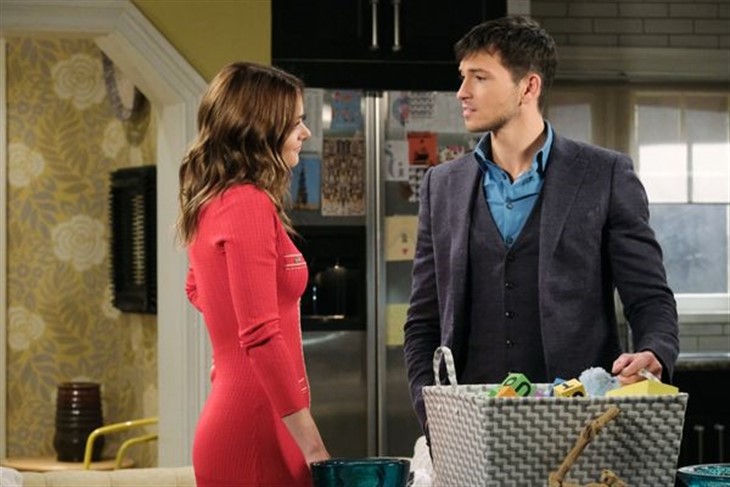 Days of our Lives (DOOL) spoilers and updates tease Alex Kiriakis (Robert Scott Wilson) is determined to help the ones that he loves. Alex intends on helping his father Justin Kiriakis (Wally Kurth) deal with his fears about his wife Bonnie Lockhart Kiriakis (Judi Evans). Alex wants to prove to Stephanie Johnson (Abigail Klein) that he is serious about pursuing a relationship with her. Alex wants to show Justin and Stephanie that they can depend on him.

Alex knows that Justin is concerned about Bonnie. Justin believes that Bonnie has left Salem to deal with a problem with a family member. Justin does not know that Bonnie has been kidnapped. Bonnie has gotten into trouble because she found Susan Banks (Stacy Haiduk) on the Kiriakis estate. Susan has been kidnapped by Ava Vitali (Tamara Braun) and Xander Cook (Paul Telfer). Ava wants to use Susan to get money from her son EJ DiMera (Daniel Feurreriegel).

Days Of Our Lives Spoilers: Tony And Anna’s Desperate Logic, How Far Will EJ Go?

Alex offered to take care of Allie’s son Henry Horton (Clyde and Nash Gunderson) in order for Allie to visit with Chanel at the police station. Alex was surprised that Stephanie came to visit Allie. Alex was able to bond with Stephanie while he was babysitting for Henry. Stephanie was impressed that Alex was able to take care of Henry. Stephanie decided that she wanted to share a kiss with Alex. Alex is hoping that Stephanie will want to continue to get close to him. Alex may want to invite Stephanie to share the holidays with him and his family. Alex may ask Stephanie to come to have Thanksgiving dinner with him at the Kiriakis estate.

Days of our Lives Alex hopes that he and Justin will be able to rescue Bonnie. Will Alex and Justin be able to find a way to save Bonnie? Alex is looking forward to pursuing a relationship with Stephanie. Will Alex be able to have the future that he wants to have with Stephanie? Be sure to catch up on everything happening with DOOL right now. Come back here often for Days of Our Lives spoilers, news, and updates.