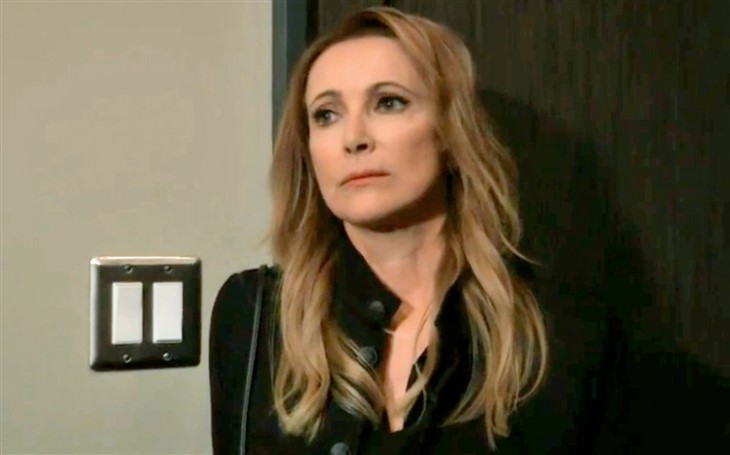 General Hospital (GH) spoilers and updates tease Holly Sutton (Emma Samms) is in a tricky position. Holly has been grateful to reunite with Robert Scorpio (Tristan Rogers). Holly wants to be able to tell Robert about her time away from Port Charles but she cannot tell him the truth. Holly is being force to work with Victor Cassadine (Charles Shaugnessy). Holly wants to be able to find a way to get out from under Victor’s control.

Holly had been held against her will by Victor. Holly had been away from Port Charles at the time of her abduction. Holly did not know that Robert believed that she had died. Robert had gotten information that Holly could be alive. Robert turned to Olivia Quartermaine (Lisa LoCicero) and Holly’s son Ethan Lovett (Nathan Parsons) to search for Holly. Robert was devastated when he found out that Holly had been killed.

Robert did not know that Victor had arranged for the evidence to show that Holly had died. Victor wanted to hold Holly hostage because he knew that she could be a valuable asset to him. Victor has been having trouble dealing with Robert and others in Port Charles. Victor decided that he needed to let Holly come back to Port Charles to distract Robert and get information from him.

Holly does not want to betray Robert but Victor is holding someone that Holly loves prisoner. Holly knows that she can trust Robert but she is afraid that Victor will hurt his hostage. Holly knows that Robert wants to find a way to take Victor down. Robert has been upset that Victor has framed Anna Devane (Finola Hughes) for the murder of Lucy Coe (Lynn Herring). Robert has believed that Victor had been responsible for the death of Luke Spencer (Anthony Geary). Robert knows that Victor worked with Peter August (Wes Ramsey) in the past. Victor had kidnapped Dr. Liesl Obrecht (Kathleen Gati) and Drew Cain (Cameron Mathison).

Victor has wanted to keep his son Valentin Cassadine (James Patrick Stuart) from turning on him and used his daughter Charlotte Cassadine (Amelie McLain) against him. Victor tried to have Mayor Laura Collins (Genie Francis) and her brother Martin Grey (Michael E. Knight) killed. Robert will be furious when he finds out that Victor had kidnapped Holly. Robert will want to help Holly to save the person that Victor is keeping hostage. Holly hopes that she will be able to find an opportunity to get Robert to help her to deal with Victor.

Holly knows that Robert has resources that he could use to help her. Holly may need to tell Robert about her involvement with Victor to get his help to rescue the person that Victor is keeping prisoner. Will Holly tell Robert the truth about Victor in order to get his help? Be sure to catch up on everything happening with GH right now. Come back here often for General Hospital spoilers, news, and updates.