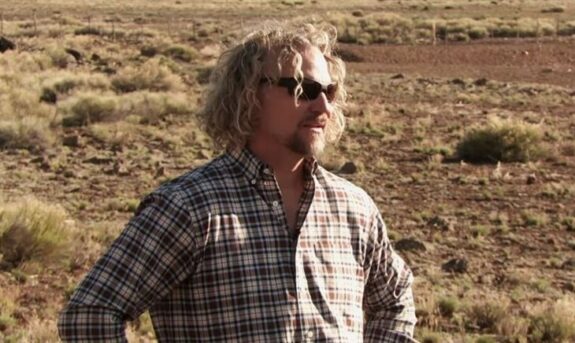 Sister Wives viewers can cast their minds back to the 2019 episode of “Divided We Move.” At the time, a real estate agent told them that there was Prairie Dog plague at the Coyote Pass property. However, it seems that it was mostly just hype for the TLC show. Mind you, that doesn’t mean that there are no dangers associated with animals. A source revealed that Kody Brown might have other things to worry about.

For the last couple of years, nothing happened at Coyote Pass. Actually, since 2020, TLC fans started to believe that Kody might never build on it. So, rumors arose that the family might sell it off. After all, Robyn moved into her mansion. Nowadays, it becomes a little clearer how Robyn paid for her mansion. A teaser for the show revealed that Janelle actually forked out a lot of her own money.

Sister Wives fans know that the only person who lived at Coyote Pass so far is Janelle Brown. She moved there in her RV which upset Kody. Anyway, it was a bit short-lived because Savanah didn’t like it. But, it did give her a chance to demonstrate some independence from Kody. Notably, neither she nor Savannah died from the Prairie Dog plague. However, other animals can pose a danger in the area.

This week, Katie Joy of Without A Crystal Ball spoke with a source who lives in the Coyote Pass area. According to them, the panic about the plague was over the top. Katie cited them as saying, “Apparently, two dogs were found with fleas in 2017 and removed. The illness is easily treated and no one gets sick.”

Nevertheless, the Sister Wives family faces other unhealthy considerations. Remember the pond that the kids and Kody Brown jumped into? Well, the source noted that “hospitalizations from Illnesses contracted from Elk and Deer in the area are not terribly uncommon and more common than the plague.” Of course, the pond fills up from to time and when it does, the animals often defecate in the water.

Sister Wives spoilers revealed that Kody Brown wants to restructure the land boundaries. With Christine gone, this is possible. However, apart from the “poop pond… the lot also has a pipeline running through.” Apparently, “no structures can be built within 60 ft of the line.”  That means that essentially, there’s very little room to build on at least one of the properties.

Clearly, despite the Prairie Dog plague being hyped up for the show, Kody Brown still faces developmental problems.

Remember to check back with us often for more news, spoilers, and updates about TLC’s Sister Wives.