The Young And The Restless Spoilers: Billy Sticks With Chelsea – Noah Impacted By Shocker 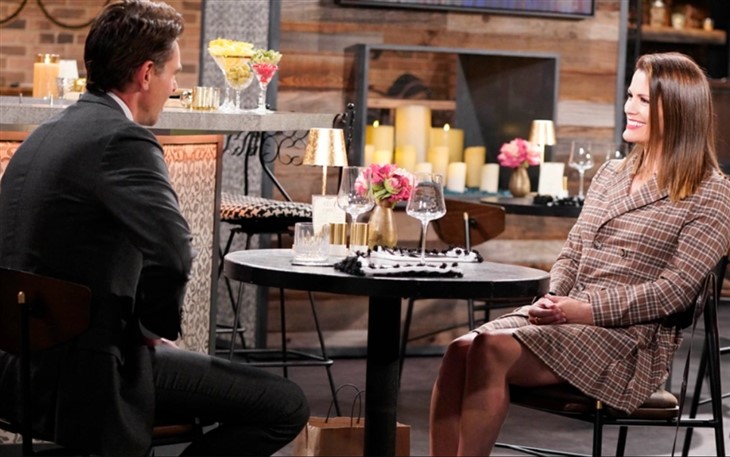 The Young and the Restless spoilers document Billy Abbott’s (Jason Thompson) conversation with Lily Winters (Christel Khalil) needed to happen on his schedule. Lily may not like the way he handled it. But Chelsea Lawson’s (Melissa Claire Egan) uniquely private situation overrides the reactions of others after the fact.

No, Billy should not have confided in Lily while he was helping Chelsea. Her life-threatening dilemma was intense, causing Billy to act with bravery and then protect Chelsea’s dignity.

Lily appears to feel insecure. She is wondering why he did not trust her. Hopefully, time allows perspective to be gained because this is a good couple on Y&R.

Billy took his cues from Sharon Rosales (Sharon Case) because she is a licensed counselor. Her eagerness to serve as one of Chelsea’s supporters and ability to connect Egan’s character with the right professional help proves that Billy’s instinct was right.

If Billy thinks it is best, Sharon should talk with Lily. Hearing her perspective might help Lily to understand why Billy responded as he did, in the moment, and waited for Chelsea’s go-ahead before relaying what happened to Lily.

Noah Newman (Rory Gibson) never had the chance to meet his child. Audra Charles (Zuleyka Silver) miscarried the baby she was carrying, saying that happened at the time of their fierce breakup.

Allie Ngyuen (Kelsey Wang) was disturbed when she saw Noah embracing Audra. She questioned her boyfriend about it shortly thereafter.

Noah’s tell to Allie made sense. Their conversation was heartfelt and allowed the issue to be resolved. However, viewers saw that Audra again appeared at the Glam Club while Noah and Allie were talking, with only Gibson’s character seeing his ex.

The Young And The Restless Spoilers – Audra Charles Is A Mystery

Y&R fans know that Zuleyka’s photo appears in the main cast list. So, this fine addition to the cast will be on the show indefinitely.

Audra’s reveal to Noah felt purposeful. It is fair to question what she said and the timing of it because she is working as a mole for Tucker McCall (Trevor St. John). Audra prefers the term, liaison, because it masks her real purpose.

The audience does not have enough information to know why Audra said what she did. But fans sense that she will not back off Noah anytime soon and that Allie needs to keep her guard up on Y&R.