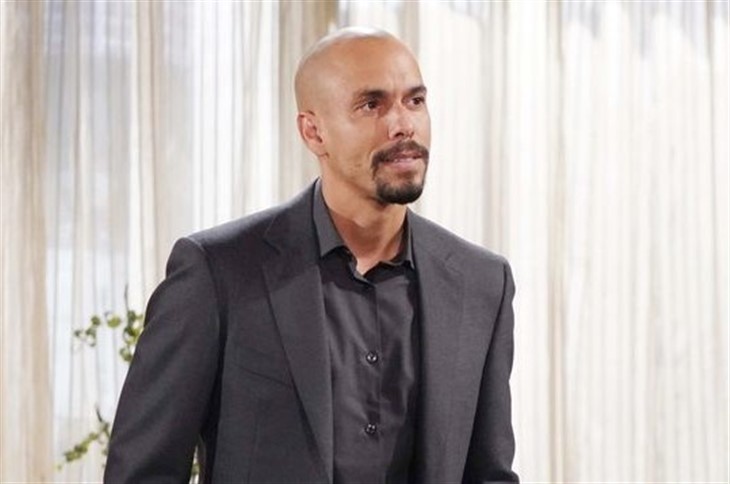 The Young and the Restless (Y&R) spoilers and updates tease Devon Hamilton (Bryton James) crossed a line. Devon has been a close friend to Abby Newman (Melissa Ordway). Devon did not expect that he would have a one-night stand with Abby. Devon and Abby are facing the consequences of their actions.

Devon has been in a committed relationship with Amanda Sinclair (Mishael Morgan). Devon had been supporting Amanda because she was having family problems. Amanda needed to help her mother Naya Benedict (Ptosha Storey) to deal with her medical issues. Amanda has been going to visit Naya away from Genoa City. Devon has understood that Amanda needed to help Naya but the distance had caused Devon and Amanda to drift apart. Devon had turned to Abby for support while Amanda had been away.

Devon had been dealing with problems with Dr. Nate Hastings (Sean Dominic). Abby had helped Devon to find a way to deal with his issues with Nate. Devon had been helping Abby with her problems with her husband Chance Chancellor (Conner Floyd). Devon and Abby have been getting close to each other and gave into their feelings for each other. Amanda and Chance found them in an intimate position. Amanda was devastated by Devon’s betrayal. Amanda has decided that to leave Devon and Genoa City. Devon feels guilty that he has hurt Amanda.

Abby had been having trouble with her marriage to Chance. Abby and Chance had not been able to find common ground over a few serious issues. Chance had been away on an uncover assignment. Abby believed that Chance had been killed on assignment but he had survived. Chance needed to get professional help to deal with the emotional trauma of the failed mission. Chance got the help that he needed and wanted to go back to work as a police officer. Chance had hoped to work with his partner Rey Rosales (Jordi Vilasuso). Chance was unable to work with Rey because Rey died. Chance decided that he needed to solve all of Rey unfinished cases.

Chance found that he had a conflict of interest when Victoria Newman (Amelia Heinle) and Nick Newman (Joshua Morrow) needed help to deal with the accidental death of Ashland Locke (Robert Newman). Chance found out that Victor Newman (Eric Braeden) covered up the way that Ashland died but could not find the proof he needed to arrest Victor. Chance decided to close the case even though he felt that he needed to do more to get justice for Ashland. Chance knew that Abby had been relieved that he had not pursued the case because she is part of the Newman family.

Abby had believed that Chance had been able to move past the issues that he was having but she found out that he had not been able to get past them. Abby hoped to be able to get her marriage to Chance back on track but she turned to Devon for comfort. Chance believes that he needs to end his marriage to Abby. Chance believes that Abby would be better with Devon. Abby does not want to lose Chance.

Will Devon be able to help Abby get over Chance? Abby will regret that Devon lost Amanda. Can Abby help Devon find a way to get Amanda to come back to him? Abby may find that Devon has accepted that Amanda has left him. Will Abby find that Devon is ready to move on from Amanda? Abby and Devon may bond over losing Amanda and Chance. Will Devon and Abby find that they want to get into a relationship in the future? Be sure to catch up on everything happening with Y&R right now. Come back here often for The Young and the Restless spoilers, news, and updates.