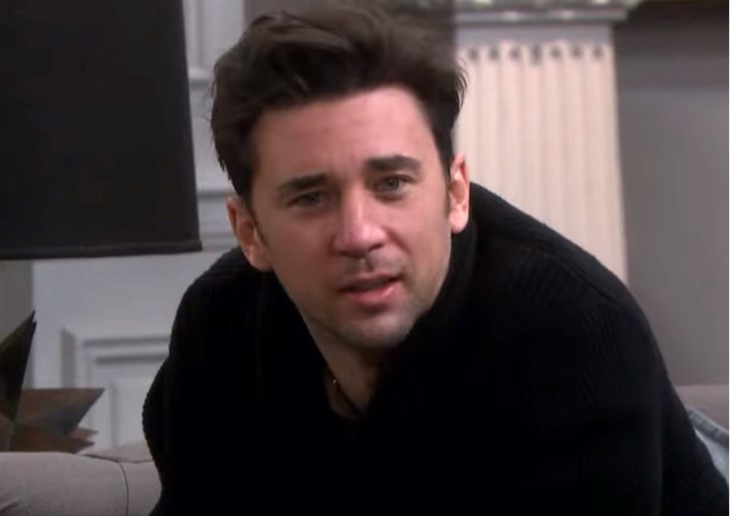 Days of Our Lives Spoilers that Chad DiMera (Billy Flynn) has suffered quite a bit in the past year. This past summer, Chad’s wife Abigail DiMera (Marci Miller) was brutally stabbed at the hands of Clyde Weston (James Read). Abigail died and Chad spent most of the summer trying to find Abigail’s killer and bring him to justice. Chad also moved out of his home after an altercation with his older brother EJ DiMera (Dan Feuerriegel). He’s currently staying at the Horton house with his children and several other members of the Horton clan.

Days Of Our Lives Spoilers – Too Close For Comfort

Also living at the Horton house is Gwen Rizczech (Emily O’Brien). Gwen and Abby were sisters but didn’t find that out until a couple of years ago. There was no love lost between the two, and Gwen even seduced Chad as part of a revenge scheme against Chad. All of them under the same roof can’t be easy for Chad, so look for him to make a decision about his living arrangements in the near future. Perhaps it’s time for Chad to buy a house of his own and start a new life.

Days Of Our Lives Spoilers: Rafe And Jada Take A Chance On Each Other, Will Their Romance Work?

DOOL Spoilers – One bright spot amidst the tragedy!

Having left his position at DiMera Enterprise, Chad was aimless until Stephanie Johnson (Abigail Klein) arrived in town. Not only did she offer him a job at her public relations company, but she provided something else that Chad desperately needed. Companionship. But things got a bit carried away and after a night of too much champagne, Stephanie and Chad almost had sex. Chad stopped himself before things went too far because it was too soon after Abigail’s death.

Days Of Our Lives Spoilers – Chad DiMera will soon be ready to move on!

Perhaps a new house will help Chad begin to move on from all the tragedy of the past year. Chad will always love Abigail, but she wouldn’t want Chad to be alone for the rest of his life. Chad is most definitely interested in Stephanie romantically and he will likely realize the time is right to move on. But in the meantime, Stephanie has begun to see Alex Kiriakis (Robert Scott Wilson) in a new light and may begin a romance with him. Will Chad realize his feelings for Abigail too late?

Is it time for Chad to find a house of his own? Would he and Stephanie make a good couple? Or has Stephanie already begun to fall for Alex? Anything can happen in Salem so stay tuned to Days of Our Lives streaming every weekday on Peacock. And don’t forget to check back right here regularly for all your Days of Our Lives news, information, and spoilers!