The Young And The Restless Spoilers: A Tale Of Two Adams – Chelsea And Sally’s Different Realities 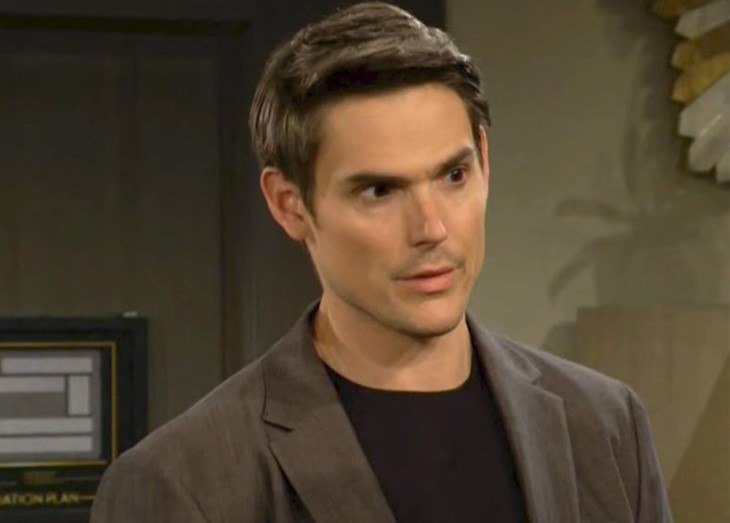 Helping Chelsea tell Connor Newman (Judah Mackey) about her recent troubles was responsible. But asking Sally to marry him, after she said on multiple occasions that they were finished, was childishly irrational.

And so, the tale of two Adams continues in Genoa City, Wisconsin.

The Young And The Restless Spoilers: Billy Sticks With Chelsea – Noah Impacted By Shocker

His second son, Connor, is someone Adam has been there for since he returned from Las Vegas, Nevada, and regained his memory. While Adam has occasionally gone off the rails, he has generally been a good dad. Even Chloe Mitchell (Elizabeth Hendrickson) grudgingly cedes that point.

Of course, Adam has a third son, the rarely-seen Christian Newman (Alex Wilson). He and the late Sage Newman (Kelly Sullivan) had a one-time cavort. But Nick Newman (Joshua Morrow) believed Christian was his son. The ender to that storyline had Nick learn the truth, with Adam deciding it was best for Christian to remain with his brother, who was the only father he knew.

Y&R Spoilers – Sally Spectra Could Not Have Been Clearer

Adam senses that Sally has retained feelings for him. That is natural, considering she did love him, and they were involved for months.

But Sally’s decision to leave Adam was well-founded. He cruelly dumped her as part of a misguided attempt to preserve her job at Newman Media.

Hope’s character realized that while she cared about Adam and recognized his feelings for her, the instability he injected into her life was too much. She told him on multiple occasions that there were no longer a couple, and he knows Nick is her new, supposed love.

The Young And The Restless Spoilers – Adam Newman In His Way

Chelsea truly appreciated Adam’s handling of her reveal to Connor. She has no issues with his parental skills or their collaborative raising of Mackey’s character. But Chelsea is not looking to reunite with Adam.

Sally just broke from Adam and should instantly reject his marriage offer and suggest that he focus on finding a new love interest. Adam’s ask will make Nick look like an even better alternative.

Adam rarely sees himself as the problem. Now, as the fans are seeing, he finds himself alone through his own doing on Y&R.