Days Of Our Lives Spoilers: Nicole Pushes Jada To Get Rid Of The Baby, Eric Goes Ballistic 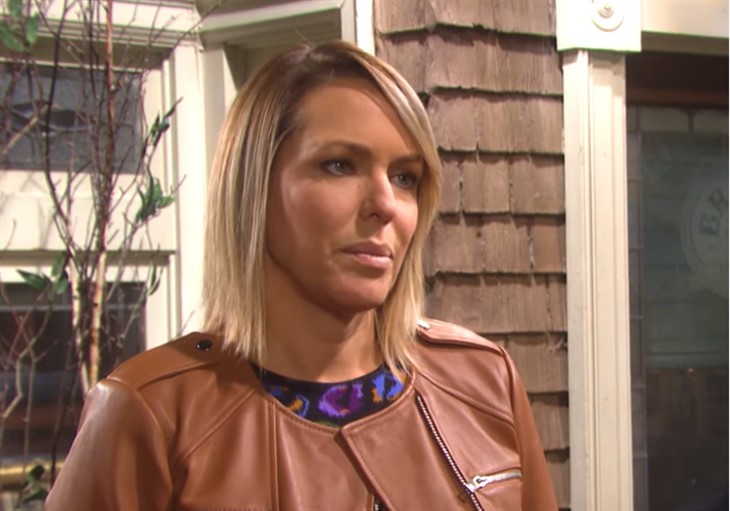 Days of Our Lives spoilers indicate that Nicole Walker (Arianne Zucker) is very upset that Jada Hunter (Elia Cantu) is pregnant with Eric Brady’s (Greg Vaughan) baby. Nicole has never been able to give Eric a child no matter how many years they have been together. Now that Nicole and Eric have recently reunited Nicole is very threatened by Jada and her unborn child. Will Nicole push Jada to have an abortion?

Days Of Our Lives spoilers reveal that no matter how much better Nicole believes she is with Eric, now she has resorted to wanting an innocent baby to die. Nicole pushes Jada asking why she would want a child that could connect her and Eric for life. Jada knows that Eric doesn’t love her so why not cut her losses and move on?

Jada doesn’t know what she wants to do just yet. Jada hasn’t known about the baby very long and needs some time to decide what to do. However, Nicole wants to push her into a decision causing Eric to go off the rails. As much as Eric loves Nicole, he can’t believe she would do this. Eric will tell Nicole that the baby isn’t any of her business. Will Nicole back off?

Eric says he will respect whatever decision Jada makes but he truly wants this child. Eric has always wanted a baby of his own and now it can be a reality. Unfortunately, the baby is with a woman Eric doesn’t necessarily want to be with. After all, Eric just made plans to reunite with Nicole. Eric thought they were going to be together and try to get it right this time. However, Once again, fate has intervened. Will Eric and Nicole ever get it right?

Nicole knows that now that Jada is pregnant, Eric isn’t going anywhere. Eric may even offer to marry Jada setting off Nicole’s abortion scheme. After all, Nicole just blew up her marriage to be with Eric and this complication arises. Nicole is not happy and doesn’t care who knows it. Eric lost a child with Sarah Horton (Linsey Godfrey) twice. How can Nicole claim to love him and do this?

Once Eric rants to Nicole that this is none of her damn business, it seems she runs into E.J. Dimera (Dan Feuerriegel) and ends up in his bed further complicating the situation. However, it seems that Jada may lose this baby anyway ending the argument. Will Eric reunite with Nicole after all?