General Hospital Spoilers: Willow Starts Chemo, And T.J. is Still By Her Side More Than Michael 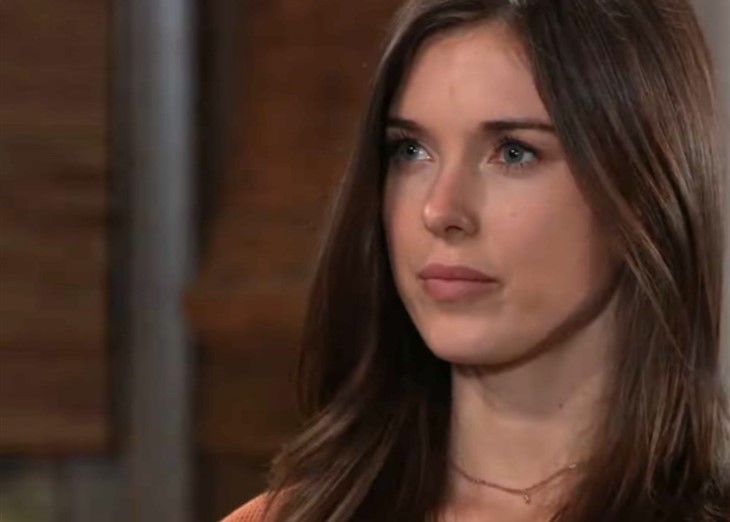 General Hospital spoilers tease Willow Tait (Katelyn MacMullen) recently opened up to her boyfriend Michael Corinthos (Chad Duell) about her cancer diagnosis. Michael is still trying to process that this is happening, as well as why Willow didn’t tell him months ago. There won’t be much time for his feelings right now though as Willow is going to need him by her side as she starts chemotherapy to treat leukemia.

When Michael gets called away to work over what is allegedly more pressing matters, Willow narrowly escapes having to have chemo alone before T.J. Ashford (Tajh Bellow) steps in to assume the role of caregiver. Willow started this journey with T.J. holding her hand. As it continues without Michael, she might start to think T.J. is just what she needs.

Chemotherapy is no joke. Willow is going to have to expect a wide range of side effects that are far from comfortable. Nausea, vomiting, and hair loss are just a few physical side effects, but she will also experience emotional ups and downs that are next level compared to what pregnancy normally brings. It’s going to be hard for her to go through this and also dodge questions from the Quartermaines and everyone else about whether or not she is okay. Michael should be the person who is by her side answering those questions, but instead, it’s going to be T.J., and that will send off alarm bells to some well-meaning family members.

GH Spoilers – Tease Michael Corinthos Is Tied Up With Work

Michael has never been more important at work than he appears to be right now. So important that he cannot support the love of his life as she battles a terminal illness while pregnant. This won’t be lost on the Quartermaines, nor the Corinthos side of his family. Is Michael avoiding supporting Willow because he isn’t coping well with the reality of what might happen here? He could lose her. He could lose his child. He never wants to experience that again, as he knows what it feels like from the time he thought his son was dead when it was really Willow’s child. Michael’s excuses aren’t going to amount to much.

Fortunately, Willow won’t be alone. She’s still not going to be ready to tell everyone what’s going on. They will all think she’s having an especially stressful pregnancy as a working nurse. They might suggest she slacks off on the amount of time she spends at the hospital, but it’s going to look like she’s practically a workaholic between her shifts and her chemo treatments. She will spend a lot of time in the hospital break room with T.J. talking about her feelings, and we can bet Nina Reeves (Cynthia Watros) will be somewhere nearby to catch a glimpse of that. Keep checking back with us every day for more General Hospital news and spoilers as they become available.