The Bold And The Beautiful Showrunner Brad Bell Talks About Thomas, Ridge, Taylor, And Brooke 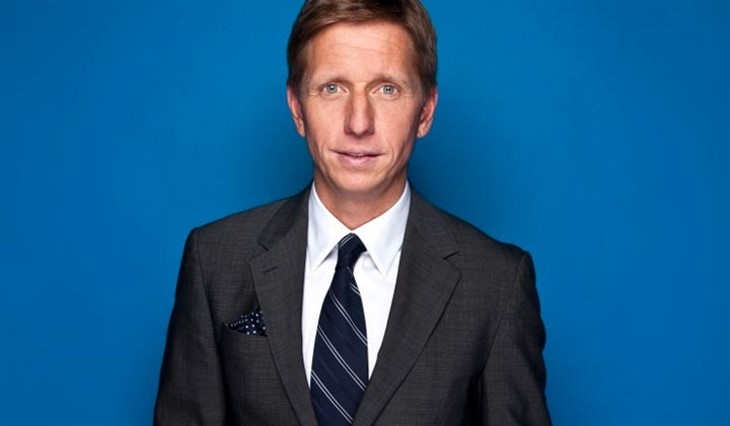 The Bold and the Beautiful (B&B) tease that Brooke Logan (Katherine Kelly Lang) is not going to loosen her grip on Ridge Forrester (Thorsten Kaye) anytime soon. Showrunner Brad Bell talked to Soap Opera Digest about the B&B fans’ reactions to the Taylor-Ridge-Brooke love triangle.

Bell explained that the B&B viewers kept his inbox full because they were upset about Steffy Forrester (Jacqueline MacInnes) and Thomas Forrester’s (Matthew Atkinson) preoccupation with Ridge’s relationship with Brooke. They want their father, Ridge, to remarry their mother, Taylor Hayes (Krista Allen). But they both doubt the marriage will work because of Ridge’s “addiction” to Brooke.

The Bold And The Beautiful Spoilers: Douglas Returns Home, Prefers A Dad Like Liam

“They are older, but I think they feel that Brooke has blindsided Ridge through her manipulation and sexuality, and he’s been addicted to her. And Steffy sees it as an unhealthy addiction that he’s had, that made this great man turn his back on his family and children, that they could spend holidays together and have family dinners with the grandkids,” Bell explained.

Brad said that Thomas and Steffy are looking out for their mother. They have such deep respect for her that they want her to live the rest of her life with the man she considers to be the great love of her life.

Bell admitted that he loves the viewer’s reaction to the storyline. He said it’d been more than 30 years since these characters had the original love triangle, so it’s fun to revisit the storyline, as much older characters.

“You have to kind of whack the beehive once in a while. And it’s fun to be back to Ridge, Taylor, and Brooke and have the storyline be as controversial as ever. People have strong opinions on one side or the other,” Bell explained.

We still don’t know what’s ahead for Brooke. On Friday’s episode, Thomas told Ridge that Brooke could never know about the CPS call. It was something Ridge found puzzling since she supposedly called CPS.

The truth will come out soon, as Douglas Forrester (Henry Joseph Samiri) wants to expose the truth and redeem his grandma, Brooke Logan. When it all comes out, Taylor and Steffy will feel betrayed by Thomas’s lie. Who knows how Brooke and Ridge will react to the revelation?

B&B viewers aren’t going to want to miss a single episode next week to see how it all unfolds. This site is a leading source for everything linked to The Bold and the Beautiful. Check back regularly for B&B spoilers and news!