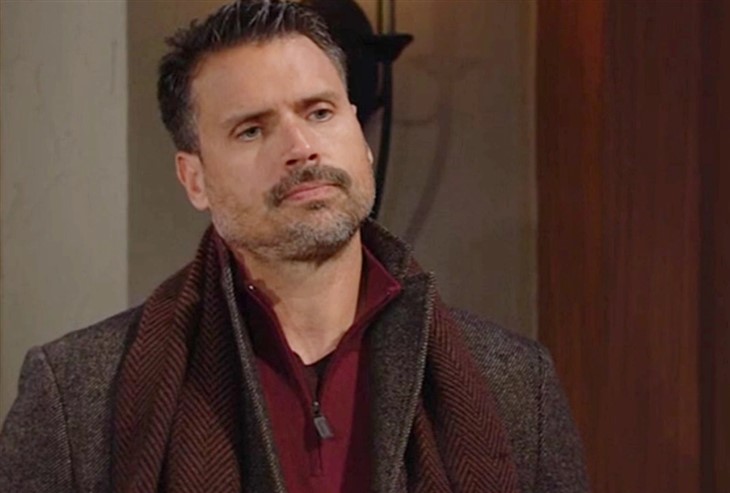 Nick did not target Sally as part of a sibling rivalry plot as Adam suggested. Morrow’s character also is not intending to use Sally as a stand-in for Sharon Rosales (Sharon Case), as Adam crudely stated.

Adam can not see that he is responsible for breaking Sally’s trust. Instead, he wants to blame his brother and make a ridiculous marriage proposal.

The Young And The Restless Spoilers – The Moustache Says No

Victor Newman (Eric Braeden) did not want Sally working at his company. He wanted her out the entire time she was there and eventually realized that goal though Victoria Newman’s (Amelia Heinle) cold business decision.

The main reason the Moustache did not want Sally around is because he could see she was distracting Adam. Well, Adam was eventually dumped by Sally.

Victor may have anticipated that outcome, knowing Nick was vulnerable to Sally’s considerable charms. With whatever was true, Nick is in love with Sally now.

Sally was broken when she crossed over from The Bold and the Beautiful. The love she had for Wyatt Spencer (Darin Brooks) was never reciprocated at a level that matched hers.

Eventually, she was forced to leave Los Angles, California and arrived in Genoa City, Wisconsin. Her first GC crush was Jack Abbott (Peter Bergman). But he wisely stopped himself from becoming involved with her because they were not an emotional match.

The relationship with Adam helped Sally regain momentum. Hope’s character used that confidence to transition to what may become her most mature relationship.

The Young And The Restless Spoilers – Nick Newman’s Ire Raised

Nick is getting along with his father. As viewers know, Nick and Victor have not been in many scenes lately. So, that is why all is going smoothly.

Victor’s teased efforts to stop Sally’s influence in his oldest son’s life is certain to raise Nick’s ire. Victor and Nick have battled many times before, with Morrow’s character occasionally being as disrespectful toward his father has Adam has been.

Sally stands to become more desirable to Nick if Victor presses too hard. An engagement offer is far off at this point in the plot. But that timetable could be advanced through Victor’s prodding on Y&R.