General Hospital Spoilers: Dante Interrogates Heather, Did She Do Something To Anna? 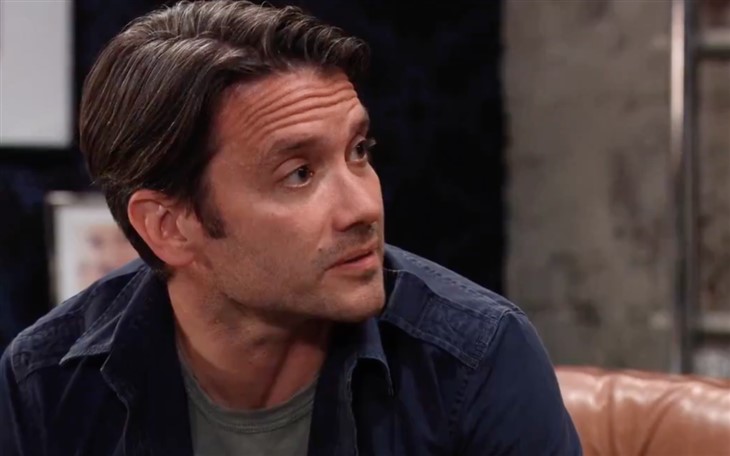 General Hospital spoilers and updates tease that Dante Falconeri (Dominic Zamprogna) will interrogate Heather Webber (Alley Mills), suspicious she did something to Anna Devane (Finola Hughes). Since the safe house tip turned out to be false, he thinks perhaps Heather set up the tip to be sent to throw police off, having programmed it ahead.

Neither woman was found when the prison transport crashed, and initially it was thought that both Anna and Heather got away. Sonny Corinthos (Maurice Benard) and Valentin Cassadine (James Patrick Stuart) collaborated on Anna’s getaway, although Heather being put on the transport and it crashing was an unanticipated complication. Sonny knows Anna survived although he’s not sure where his henchman Dex Heller (Evan Hofer) is but the police know nothing, not even Dante.

Robert Scorpio (Tristan Rogers) is also in on Anna’s getaway scheme although his brother Mac Scorpio (John J. York) out of necessity is not; both Dante and Mac believe Anna innocent. But after the tip to the address of the safe house was sent with the incorrect address, now they fear Heather did something to Anna.

GH Spoilers – Heather Webber Is Smart But Not That Smart

The theory is, that Heather did something to Anna but got a burner phone and programmed a tip text to be sent after she was taken back to D’Archam. In actuality that was a set up between Mayor Laura Collins (Genie Francis) and Robert to see if Holly was working with Victor Cassadine (Charles Shaughnessy). Holly fell for it, sending the false address sent to Robert’s phone on to Agent Whitten (Mike Peebler) but Mac and Dante weren’t let in on it.

Dante comes up with the theory of Heather preprogramming the text to send in the future having done something to Anna, and brings her back to the PCPD for interrogation. Heather denies it and wants to call an attorney, and not a public defender-she’s allowed her call since it’s her right, calling Scott Baldwin (Kin Shriner).

Scott comes but doesn’t realize it’s Heather who wants him to represent her, and he doesn’t want to take the case. It’s been many years since he had anything to do with her, in fact, since the one night stand that produced Franco Baldwin (Roger Howarth). The only thing he tells her is just deny, deny, deny and he’s not taking the case because he doesn’t work pro bono, and especially when technology is involved.

Scotty isn’t putting his own money into paying someone like Damian Spinelli (Bradford Anderson) into disproving a text was programmed ahead. Besides, there’s no phone in evidence for him to check the source, only the end receiver’s, the US Marshall!