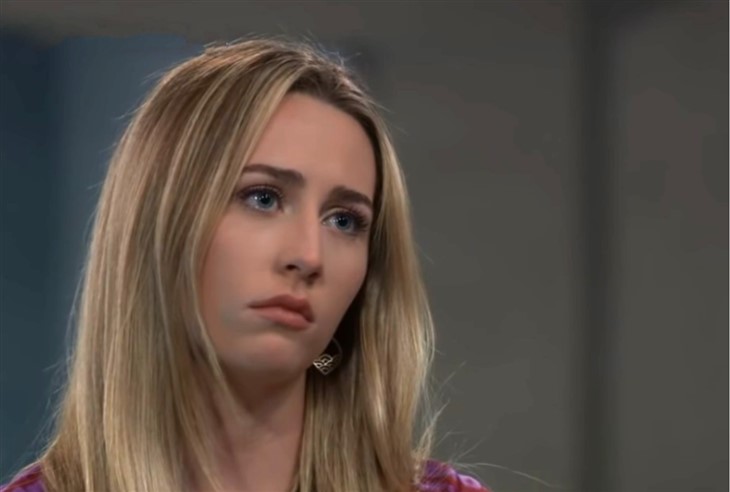 General Hospital spoilers tease that Josslyn Jacks (Eden McCoy) thought she would spend the rest of her life with Cameron Webber (William Lipton). They waited until what they thought was the perfect time to sleep with each other for the first time. Unfortunately, Esme Prince (Avery Kristen Pohl) decided to record their lovemaking and posted it on the internet. Although Cameron remained devoted to Josslyn, she was understandably apprehensive.

Meanwhile, Dex Heller (Evan Hofer) went to work for Sonny Corinthos (Maurice Bernard). Josslyn’s first several encounters with Dex were contentious because he was working for Sonny. But Joss remains unaware that Dex is a double agent and is really working for her brother Michael Corinthos (Chad Duell) with the goal that Dex would get enough evidence to put Sonny in jail. Unaware of this, Josslyn continued trying to convince Dex to stop working for Sonny.

Recently, Cameron and Josslyn were able to reconnect and made love a couple of weeks ago. While Cameron was over the moon, Josslyn still felt unsatisfied and continued to be drawn to Dex. Josslyn even nursed Dex back to health after he suffered a gunshot wound in the midst of a job for Sonny helping Anna DeVane (Finola Hughes) escape police custody on her way to Pentonville. Tensions ran so high between the two and they even shared a passionate kiss in Joss’ dorm room.

General Hospital Spoilers – Josslyn Jacks Will Have To make A Choice!!

Cameron is already suspicious of Dex, especially after Cameron learned of the closeness Dex and Josslyn have achieved. Josslyn will soon realize that she can’t keep leading Cameron on and will have to soon break it to him that she just doesn’t feel the same about Cameron that she once did. But a romance with Dex isn’t a sure bet either given his association with Sonny and the mob. Even once the truth comes out about Dex’s true I employment, Dex may still be a marked man. A romance with Josslyn will be difficult, to say the least.

Is Josslyn still in love with Cameron? Is her attraction to Dex just physical or something more? Is this the end of Cameron and Josslyn’s romance? Anything can happen in Port Charles so stay tuned to General Hospital airing weekdays on ABC. And don’t forget to check back right here regularly for all your General Hospital news, information, and spoilers!