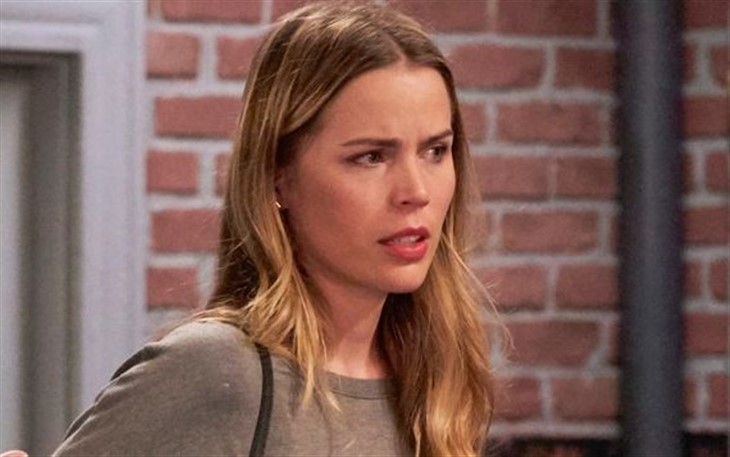 General Hospital (GH) spoilers and updates tease Sasha Gilmore (Sofia Mattsson) is getting her life back on track. Sasha has been dealing with the loss of her husband Brando Corbin (Johnny Wactor). Sasha has gotten help for her legal troubles from Brando’s mother Gladys Corbin (Bonnie Burroughs). Sasha has been helping Maxie Jones (Kirsten Storms) to run their company Deception. Sasha may find that she can turn to Sam McCall (Kelly Monaco) and Harrison Chase (Josh Swickard) for support.

Sasha had been a close friend to Chase in the past. Sasha had been involved with Michael Corinthos (Chad Duell). Chase had been involved with Willow Tait (Katelyn MacMullen ). Michael and Willow had needed to get custody of their son Wiley Quartermaine-Corinthos (Viron Weaver) from his mother Nelle Benson (Chloe Lanier). Sasha and Chase arranged for Michael and Willow to believe that they had an affair.

Chase had been suspended from the Port Charles Police Department for hitting Valentin Cassadine (James Patrick Stuart) and Linc Brown (Dan Buran) in order to defend Brook Lynn Quartermaine’s (Amanda Setton) honor. Chase has been working with Brook Lynn to become a professional singer. Chase may want to get Sasha to help him to make a decision about his career path.

Sasha has not been close to Sam in the past. Sam may want to help Sasha because she is Maxie’s partner at Deception. Sam may believe that she can help Sasha to deal with the pain of losing Brando. Sam knows the pain of losing the man that she loved. Sam had has had to deal with losing Drew Cain (Cameron Mathison) and Jason Morgan (Steve Burton). Sam was able to get Drew and Jason back in her life but she lost Jason again. Sam may be able to help Sasha find a way to start to move on from Brando. Sam knows that Sasha has struggled with losing her son Liam Corbin (uncast infant). Sam can understand the devastating loss a child. Sam lost her daughter Lila McCall (uncast infant). Sasha has had to deal with the anniversary of losing Liam. Sasha has been trying to get help to deal with the loss of Liam but she may find that she gets the help that she needs from Sam.

General Hospital Sasha wants to take back her life. Sasha knows that Chase can help her to make a fresh start. Can Chase help Sasha to find a way to put her troubles in the past? Sasha will want to help Chase to make the right choice about his career.

Will Sasha be able to help Chase to find the career that will give him purpose? Sasha may find common ground with Sam over the losses that they have suffered. Will Sasha and Sam become friends in the future? Be sure to catch up on everything happening with GH right now. Come back here often for General Hospital spoilers, news, and updates.