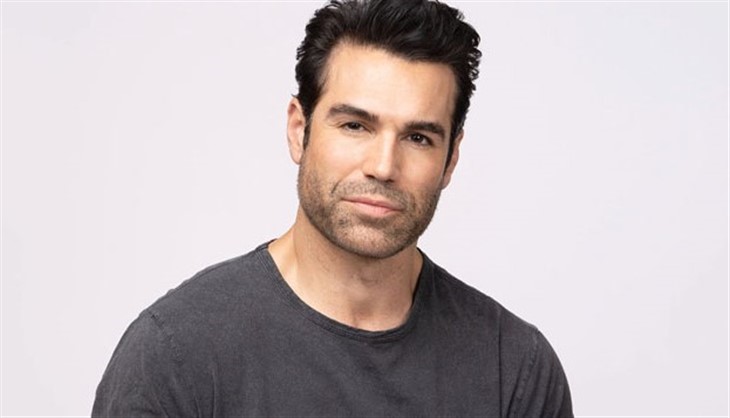 The Young and the Restless spoilers, news, and updates tease that Jordi Vilasuso, also known as Rey Rosales on the soap, has landed a new gig. The actor joins the cast of an upcoming indie film titled The Architecture of Success.

Vilasuso is taking the leading role in the movie that follows the story of a semi-successful self-help guru, Duke Diaz, who faces an existential crisis while in a public restroom. The movie will be directed by Jacob Figueroa and produced by Upper Hand.

The film is “about the masks we wear, the labels we give ourselves, and the voices that we attempt to silence in order to represent them,” Figueroa said.

Victor Newman (Eric Braeden) will take care of a problem within the Newman family. He may force Adam Newman (Mark Grossman) and Nick Newman (Joshua Morrow) to a truce until the holiday is over. Of course, Adam and Nick may have to avoid each other to keep the peace. And everyone knows that their feud is all thanks to the Sally Spectra (Courtney Hope) situation. Victor will eventually plan to find dirt on Sally and Nikki Newman (Melody Thomas Scott). But he’ll probably hold off until Thanksgiving is over.

Meanwhile, Phyllis Summers (Michelle Stafford) will be very happy when her son, Daniel Romalotti (Michael Graziadei), drops by for a surprise visit. They’ll have some catching up to do.

Meanwhile, Diane Jenkins (Susan Walters) will cause some drama at the Abbott house. Ashley Abbott (Eileen Davidson) will be furious when she learns that Diane was invited over for dinner. Jack Abbot (Peter Bergman) will have no choice but to let Diane stay because Kyle Abbott (Michael Mealor) wants his mother to stay around for the celebration.

Harrison Abbott (Kellen Enriquez) will be delighted to have “Didi” at the table but the same thing can’t be said for Summer Newman-Abbott (Allison Lanier). Traci Abbott Abbott (Beth Maitland) and Allie Nguyen (Kelsey Wang) will also be present for the festivities.

The Young And The Restless Spoilers: A Tale Of Two Adams – Chelsea And Sally’s Different Realities https://t.co/D4V1R7Yvmq #Spoilers #TheYoungandTheRestless pic.twitter.com/9eVk0XRxlF

With everyone present, Jack decides to ask them to take turns in sharing what they’re thankful for. Of course, Diane will take the opportunity to tell everyone how happy she is for having Kyle and Harrison in her life. Ashley will feel uneasy but she’ll keep it all in until the feast is over.