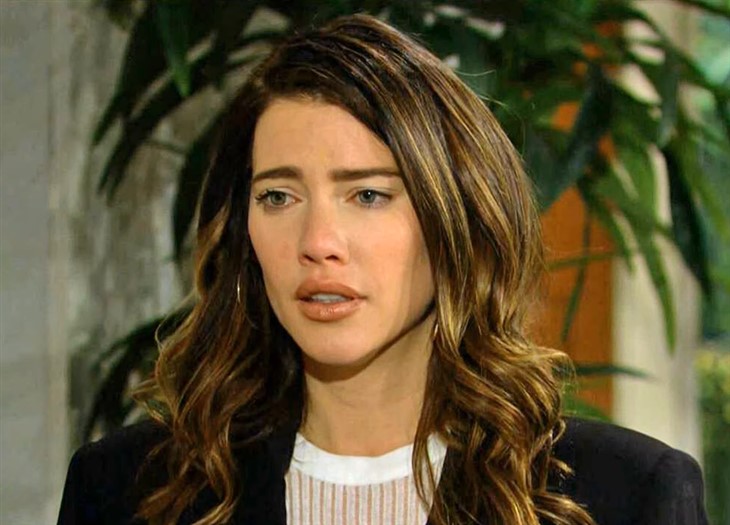 The Bold and the Beautiful spoilers document that Steffy Forrester Finnegan (Jacqueline MacInnes Wood) wasted no time when telling the truth to her mother. In contrast, Thomas Forrester (Matthew Atkinson) created an impossible scenario where Brooke Logan Forrester (Katherine Kelly Lang), her full name at the time, could not win.

Steffy knew that her mother needed to hear the truth. Taylor Hayes (Krista Allen) was thrown off course when learning that her remarriage was built on a lie her intended third-time spouse was manipulated into believing.

Thomas’ faked report to Child Services hit the desired targets inside Ridge Forrester’s (Thorsten Kaye) mind and heart. But a soapy argument can be made that Thomas was right.

The Bold And The Beautiful Spoilers: How Long Can Deacon Keep Sheila Contained?

Yes, an argument can be offered that asserts Thomas’ actions were justified. Of course, he is the one making that claim.

Thomas’ lack of conscience means that something remains broken inside his head. It is possible he is untreatable and will always be unable to generate sympathy or empathy for others.

Taylor was crying because she did not diagnose her son’s problem. However, her vocation as a psychiatrist is not in question. Instead, she and Ridge wanted to believe that Thomas was better because of their love for him as parents.

Steffy could not let what she learned, minutes before her parents scheduled remarriage ceremony, go. Douglas Forrester (Henry Joseph Samiri) once again proved heroic, detailing what happened to his aunt and providing physical evidence to back it up.

Wood’s character dislikes Brooke. Thomas despises her because he lives in an exaggerated fantasy world.

If Steffy remained silent, she would have put herself in a position to damage the trust her parents have in her. Thomas failed to recognize that is what he was doing when forwarding his Child Services report hoax.

Of course, the above is another reason why Steffy, not Thomas, is the co-head of Forrester Creations.

Taylor can not possibly keep what she learned a secret. Viewers know that Allen’s character will hold her breath through the United States’ Thanksgiving Day holiday because episodes will not be seen again until the last Monday in November.

Her love for Ridge is unquestioned. He values Taylor for many reasons, one of which is her consistent honesty.

Momentum and teasers indicate that Taylor will come clean. Plus, viewers know that Steffy gave Douglas his smartphone in case the recordings need to be played for Ridge on B&B.