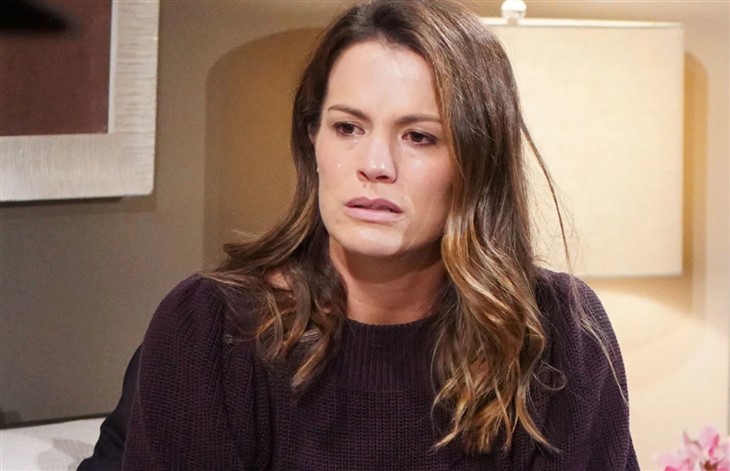 The Young and the Restless (Y&R) spoilers and updates tease Chelsea Lawson (Melissa Claire Egan) is getting her life back on track. Chelsea had been struggling to deal with many issues that had started to make her want to end her life. Chelsea was saved by her friend Billy Abbott (Jason Thompson). Chelsea knows that she will need to turn to others to help her to make a full recovery. Chelsea may find that she needs to get help from her best friend Chloe Mitchell (Elizabeth Hendrickson).

Chelsea had been able to count on Billy to help her to move on. Chelsea has found that she is grateful that Billy save her life. Chelsea believed that she did not have anyone that cared about her. Chelsea has found that Billy has helped her to find out that she has many people that want her to get better. Chelsea has been surprised that she has gotten support from Sharon Rosales (Sharon Case). Chelsea and Sharon have a complicated history because of Sharon’s late husband Rey Rosales (Jordi Vilasuso). Chelsea had been devastated when Rey died because he had become her close friend. Chelsea had wanted to tell her son Johnny Abbott (Paxton Mishkind) that she was his biological mother.

The Young and the Restless Billy wants the best for Chelsea. Billy has been determined to help Chelsea throughout her recovery. Can Billy help Chelsea to find a way to have the life that she deserves? Billy will hope that Chloe will be able to help Chelsea. Chloe has wanted to find a way to get her friendship with Chelsea back on course. Will Chloe and Chelsea be able to become friends again? Chloe will want to show Chelsea that she can turn to her for help. Will Chloe be able to reassure Chelsea that she can rely on her? Be sure to catch up on everything happening with Y&R right now. Come back here often for The Young and the Restless spoilers, news, and updates.