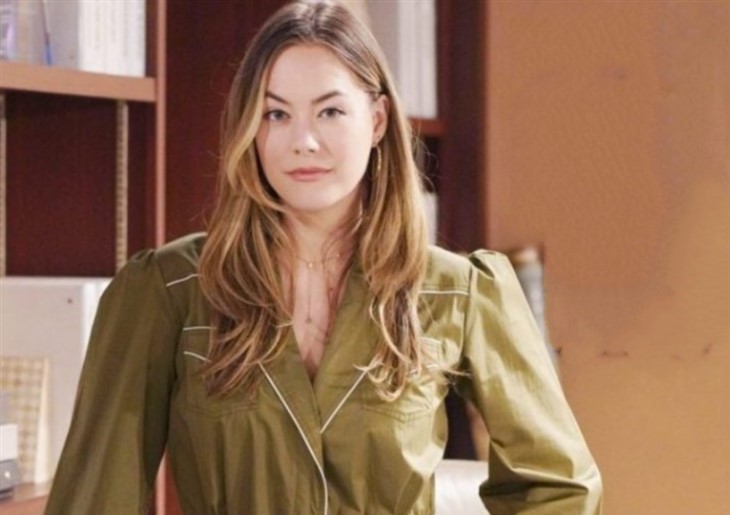 The Bold And The Beautiful spoilers Annika Noelle (Hope Spencer) has announced that she will post photos up to Thanksgiving. However, Annika enlisted a co-worker to be in the photos whether he needed tips or not. Thorsten Kaye (Ridge Forrester) joined in on the fun.

The Bold and The Beautiful spoilers reveal that Annika had a little bit of advice for Thorsten. “Tried to get Thorsten Kaye [Ridge] to add some cooling water patches to his beauty routine. Turns out, he doesn’t need them, he’s already pretty.” Noelle said, complete with a photo of Kaye wearing them. Fans loved the fun-loving post and offered comments.

Hope is not too happy with Ridge right now on the show. After all, Ridge recently dumped her mother for reasons unbeknown to them and is planning to marry Taylor Hayes (Krista Allen). Hope is furious that Ridge has let his children with Taylor come between him and her mother. Hope wants answers just as much as anyone else.

Hope has been one person to give Thomas Forrester (Matthew Atkinson the benefit of the doubt when it comes to his part in the breakup of Brooke’s marriage. How will Hope react when she sees exactly how far Thomas went to get Ridge to end his marriage? How will Hope take the fact that Thomas put their son’s custody in jeopardy by making that call?

The Bold And The Beautiful: What About Hope For The Future?

Is there any way that Hope can continue to work with Thomas after everything he has done? Thomas is Hope for the Future’s lead designer. Rumors suggest that Ridge may go as far as to fire Thomas after his unfair manipulation of this situation. Has Thomas ended his career as Hope’s lead designer? Is this the end of any amicable relationship that Hope and Thomas have?

It was bad enough what Thomas did to Brooke, however, involving Douglas was going way too far. Will Hope be able to get past Thomas threatening their son about the phone call? What will Hope say about Thomas trying to blame Douglas for the CPS call?