General Hospital Spoilers: Nina Baits Carly Into Admitting She Knows Something About Her Daughter 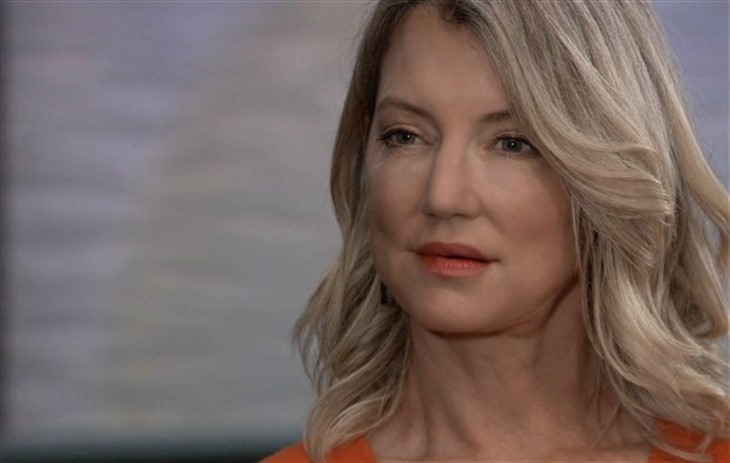 General Hospital spoilers reveals Nina Reves (Cynthia Watros) is probably never going to forgive Carly Spencer (Laura Wright) for keeping the truth to herself that Nelle Benson-Jerome (Chloe Lanier) was Nina’s daughter. By the time Nina found out, Nelle was dead and it was too late to have a relationship with her.

Now, just a couple of years later, Carly is once again keeping a secret from Nina about her other daughter’s identity — a daughter Nina doesn’t even know she has. Carly could possibly heal many wounds for both Nina and WIllow Tait (Katelyn MacMullen) by coming out with the truth, but she isn’t planning to. When Carly slips up though, it’s going to give Nina the impression Carly still knows more than she’s revealing. With how much Nina loves to dig into Carly’s business, that’s not going to end well.

Carly is growing very tired of having Nina in her business, and she’s going to take her feelings about it to Sonny Corinthos (Maurice Benard) next time, implying he needs to get a better handle on his woman. Nina is going to reject Carly’s implication that he could, reminding Carly she was never kept at bay that way. That’s going to give Carly the perfect in to remind Nina how she and Nina are nothing alike – and they have very different relationships with Sonny. This will sting where Nina is concerned, as she’s already feeling inferior to Carly’s memory.

When Nina grasps at straws to defend herself, she’s going to insinuate Carly is jealous because Sonny just couldn’t forget about Nina no matter how hard he tried to make it work with his ex-wife. When Nina bites back claiming it kills Carly that she knows nothing about Nina’s life with Sonny, Carly will boast about the pot calling the kettle black, and imply Nina is the one who is far more in the dark.

This will perplex Nina and rile her up. She’s going to ask Carly what that’s supposed to mean, and she will remind Carly about how it blew up in her face the last time she kept Nina in the dark about something she was entitled to know — referencing Carly not telling her about Nelle being her child. That’s when Carly is going to bite back.

Carly is so sick and tired of saying she’s sorry for the same mistake over and over again. Nina just won’t move on from the Nelle ordeal, and it’s the last thing Carly wants to be reminded of now that she is essentially doing the same thing all over again. In the heat of the moment, Carly’s ego will get the best of her and she will imply maybe the same thing will happen to Nina again. Of course, Nina has no idea she had twins, so it won’t make any sense to her right now, but it might in hindsight someday. Stay tuned for more General Hospital news and spoilers as we continue to dish them out.