The Young And The Restless Spoilers: Lily Is Hedging Her Bets – Billy Feels Pull To Chelsea? 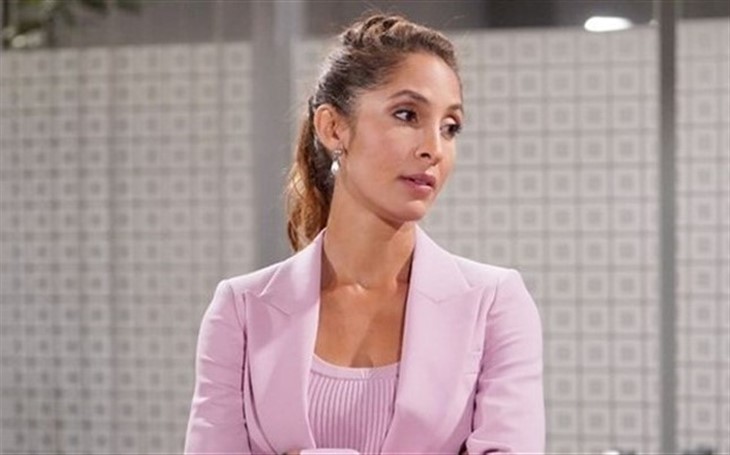 The Young and the Restless spoilers document that Lily Winters (Christel Khalil) was stunned to see Daniel Romalotti (Michael Graziadei) was back in town. The soapy timing was ideal because of Billy Abbott’s (Jason Thompson) recent veer toward the mother of his son, Johnny Abbott (Paxton Mishkind).

Hardcore fans know Lily’s first husband, when both characters were in their youth, has not been on Y&R since 2016. Daniel’s limited response and pasted look on his face when asked about Heather Stevens (Jennifer Landon) and his daughter, Lucy Romalotti (last played by Abigail and Olivia Moore as a baby in 2013), was a hint.

Billy will have competition if Daniel and Heather are having problems or are on the verge of splitting. Thompson’s character sensed a returned rival.

The Young And The Restless Spoilers – Why Is Daniel Romalotti Back?

It is good for the show to have Graziadei return as a regular player. He is a solid actor whose character has a deep backstory that fits into present-day Genoa City, Wisconsin.

Having Daniel’s daughter in Portugal with Heather is interesting. Heather was a romantic connection in the past. The attorney was also helping to legally raise Lucy, who is Daisy Carter’s (Yvonne Zima) biological child.

Daisy is also Sheila Carter’s (Kimberlin Brown) daughter, making Lucy her grandchild. Sheila is assumed dead on The Bold and the Beautiful but is alive. So, another crossover opportunity exists.

Daniel teased his return as connected to a gaming idea he wants to pitch Lily.

Billy did not save Chelsea’s life as part of this pairing’s romantic storyline. While Chelsea felt a renewed attraction to Billy in the recent past, loneliness and a sense of longing generated an inappropriate kiss attempt.

It is natural for any pairing to have a permanent bond after one saves the other from jumping off a rooftop. Of course, Chelsea could have jumped before Billy arrived at that specific Grand Phoenix setting and did not. That choice can be seen as her not wanting to do so rather than not being ready before he came.

However, anyone interprets the fully serious storyline that TPTB compassionately presented to great credit, Chelsea and Billy have added a unique bond beyond the connection through their son. But Chelsea’s recovery means that she is not ready for romance yet.

The Young And The Restless Spoilers – Billy Abbott Responds To Competition

Billy has often been impulsive. But Lily’s re-emergence in his life, following their decades-old brief pairing, is important.

Thompson’s character could embrace Chelsea if Billy senses Lily is looking toward Daniel. Ill-timed or ill-conceived intentions may serve to split the stable relationship between Billy and Lily on Y&R.