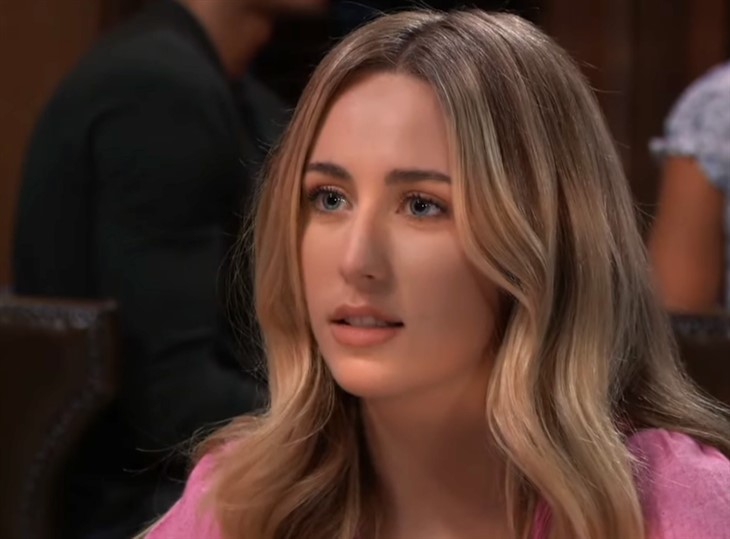 Still, Carly knows Joss gets it honest. She’s so much like her mother. Growing up, Joss watched Carly make the same decisions time and time again. So Carly can only blame herself when Joss tells her she’s not in love with Cameron ‘Cam’ Webber (William Lipton) anymore and can’t keep her mind off of Dex Heller (Evan Hofer). What comes next? How will Joss transition from one guy to the next without completely forsaking her lifelong friendship with Cam?

General Hospital Spoilers: Nina Baits Carly Into Admitting She Knows Something About Her Daughter

Cam isn’t going to be completely blindsided by Joss’ decision. He’s known for some time now that things weren’t perfect between them. Still, he thought the distance between the two of them was the result of the trauma thrown their way with the sex tape scandal. Since they recently reunited and slept together again, Cam gleefully thought they might be back on track. However, it didn’t take long for Joss to grow distant and distracted all over again, and Cam has seen the writing on the wall. At this point, he’s just waiting for her to pull the trigger.

Although Joss is into Dex, and he did lay a pretty significant smooch on her after she nursed him back to health and saved his life, there is no certainty that Dex actually wants a relationship with Joss. He’s older than her. He’s got a checkered past and a whole lot of drama on his plate right now being in the employ of both Sonny and Michael Corinthos (Maurice Benard). He can’t divulge those details to Joss — or anyone — either, and secrets don’t make for the best relationship recipe. Joss might have it in her head that ending things with Cam will free her up to couple up with Dex, but she might actually be chasing him.

Carly is going to feel very maternal right now, and she might even have some flashbacks of her own mother — Bobbie Spencer (Jaclyn Zeman) — trying to impart some wisdom years ago to a younger Carly who just wouldn’t hear it. Will Carly waste her time lecturing Joss when she knows she’s going to do what her heart calls for anyway? Can Carly really tell Joss that she doesn’t think going after Dex is a good idea after all the years of Carly chasing Jason Morgan (Steve Burton) and Sonny? Will Joss call Carly out as the pot who called the kettle black? Stay tuned for more General Hospital news, updates, and spoilers as we continue to dish them out every day, all day.