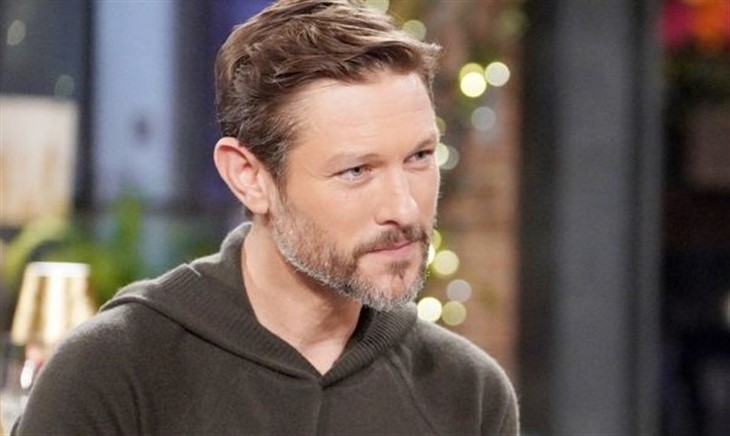 The Young and the Restless spoilers document that Daniel Romalotti (Michael Graziadei) made a pitch that made Lily Winters (Christel Khalil) smile broadly. She still finds her first husband to be very appealing.

Daniel found it odd that Billy Abbott (Jason Thompson) was not at the penthouse meeting. Devon Hamilton (Bryton James), who was intrigued by Daniel’s idea, told him Billy recently left the company.

Lilly’s later mention of the increasing distance she feels between Billy and herself dovetailed with Daniel’s arrival and the developing potential of a re-coupling on Y&R.

The Young And The Restless Spoilers – What Once Felt So Promising

Lily has been good for Billy. He went as far as he could with Victoria Newman (Amelia Heinle), who served as his multiple-time wife and adult in the room on many occasions through the years.

Billy’s decision to break from Victoria was initially steeped in him believing that Victoria was holding him back. His self-involved analysis was later adjusted, as he recognized his immaturity and credited Lily with helping him to grow.

Khalil and Thompson have on-screen chemistry and projected to a potential long-term fit. It is arguable to suggest that their characters were not provided with enough meaty storylines that could have served to advance their relationship into marriage.

Lily was in her youth when she and Daniel famously ran away to California. Their marriage was quite the drama back in the daytime day, with their family’s worries fully justified.

Digitally skipping to today, Graziadei’s return to full-time cast status is a boon for the show. His character has plenty of backstory to mine and is an easy fit into current events.

Lily has rarely mentioned her last husband, Cane Ashby (Daniel Goddard), who left Genoa City, Wisconsin, three years ago. Their twins were written off-screen in 2019 as well. That gave Khalil’s legacy character a fresh start, with Daniel’s return potentially allowing Lily to revisit and build upon the beginning of her run.

The Young And The Restless Spoilers – Daniel Romalotti Has Matured

Daniel’s mother is Phyllis Summers (Michelle Stafford). So, mega drama can happen in one scene whenever she is around, with Stafford’s superb scene-stealing chops always engaged.

Daniel’s sister, Summer Newman Abbott (Allison Lanier), has settled down and become quite responsible. Her meeting with him at Crimson Lights implies that the renewed sibling tie will be part of both character’s storylines.

The Young And The Restless Spoilers: Lily Is Hedging Her Bets – Billy Feels Pull To Chelsea? https://t.co/bklGFbs6oM #Spoilers #TheYoungandTheRestless pic.twitter.com/Ba6pqDPp9l

Lucy Romalotti (last played by Abigail and Olivia Moore as a baby in 2013) was referenced as the reason why Daniel’s new passion is purposeful gaming. While she is in Portugal with her stepmother (Heather Stevens, Jennifer Landon), Lucy could be written back as a teenager, expanding Daniel’s revived life story.

Projecting Daniel and Lily as a renewing couple is easy. But all is never smooth, nor should it be, on Y&R.